This year, the 2018 Summer Expo welcomed 28 online students across multiple disciplines at Academy of Art University at 2225 Jerrold, and Director of Online Student Relations Melinda Mettler had a few new ideas up her sleeve.

For starters, instead of having an instructor direct the model drawing workshop, Richelle Cowan, the online leader of Drawaholics Anonymous (an Academy drawing community), took the lead.

The second-year School of Illustration (ILL) student traveled to San Francisco from Denver, Colorado. She arrived a few days ahead of the Expo, held on June 2, to hang with her Drawaholics comrades, who Cowan said have become influential in her online art education. Although outside traditional schooling, Cowan believes online students “can still have camaraderie.”

“[Drawaholics] has connected me with serious, growth-minded individuals,” she said. “Any time I talk to them online, we talk about our struggles and push each other through them.”

And that’s largely the point of the annual Expo. According to Mettler, the event has always been about connecting the online students together and providing support to issues unique to their online education. But with Drawaholics as an addition, Mettler decided to livestream the drawing workshop to test ways of integrating online with on-site and vice versa.

“We’re trying to up our game in that regard,” she said.

The day comprised of online students meeting representatives from their respective departments and perusing through the Spring Show displays. In addition to the Drawaholics workshop, School of Fine Art instructor Tomutsu Takishima set up a painting demo and coached students individually on crafting still life scenes. 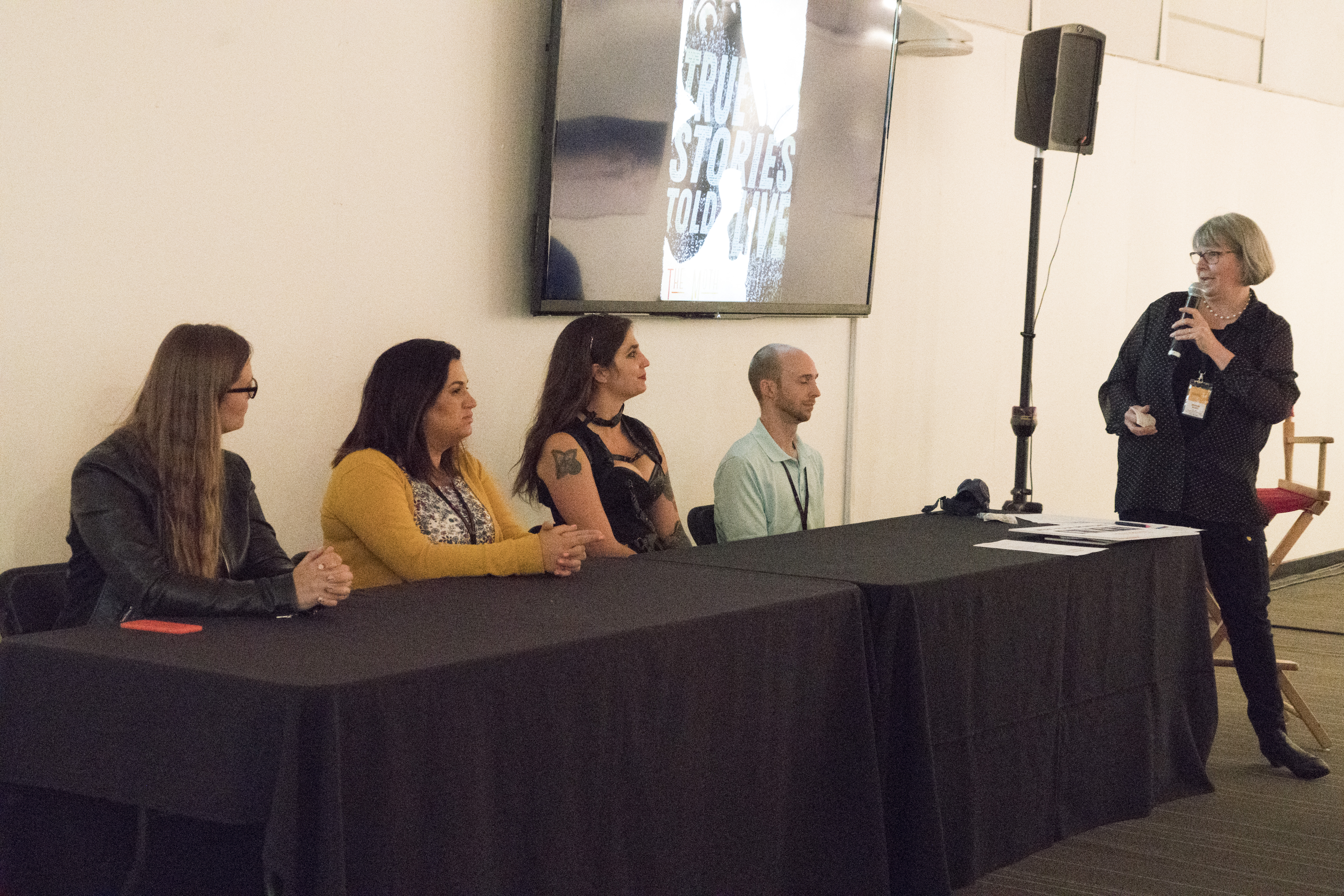 The Online Development team also gave a presentation on the improved builds to the online classroom. Part tutorial and part Q&A session, Director of Creative Development Martha Breen and Manager of Online Academic Development Charles Curtis walked through the portal changes, interface and interactions, highlighting “important, but underutilized features,” according to Curtis.

“I ask a lot of questions to ensure that what we build is what our users need,” he said.

Those questions between the development team and students quickly morphed into a discussion on the differences between learning online and in a traditional classroom, what works and what doesn’t and how to factor in different needs of various lifestyles, including students with full-time jobs and families.

“Art education is a very different endeavor,” Breen said. “The studio classroom is a big open space where people are creating together, working together and you have to be able to see each other’s work. You’re learning from each other and learning from critiques that the instructor is giving to other people.”

Jennifer Perico, a School of Fashion student, drove four hours from Reno, NV. A returning Expo student, Perico said she “got a lot” from visiting the previous Expo in 2017, pulling inspiration from Spring Show but also getting to meet fellow online students. During the model drawing workshop, Perico even volunteered to discuss her sketches to the group. Despite considering herself a “normally shy person,” she said she became more confident in her drawing.

“Being behind a screen all the time, you aren’t necessarily alone because you can interact with a lot of students online, but it’s nice to just go and mingle with other students versus just typing,” Perico said. “You get to hear their wins, their struggles and their opportunities; it’s a nice reminder that you’re not by yourself.”

Pitching to the Pros