“Go for what you want. Don’t be scared to make mistakes,” Art director and production designer Michael Goldman said to a room of film students. His advice—resonating like a motivational speech—mirrored much of what his co-panelists offered throughout the panel discussion, hosted by the Academy of Art University’s School of Motion Pictures and Television (MPT).

The afternoon talk, at 466 Townsend on Friday, May 3, gathered four industry professionals—Goldman, producer Stephen Nemeth, producer Andrew Muscato, and cinematographer Hiro Narita. They convened just hours before the awards ceremony for the 2019 NXT Up Film Festival, in which all four acted as judges. 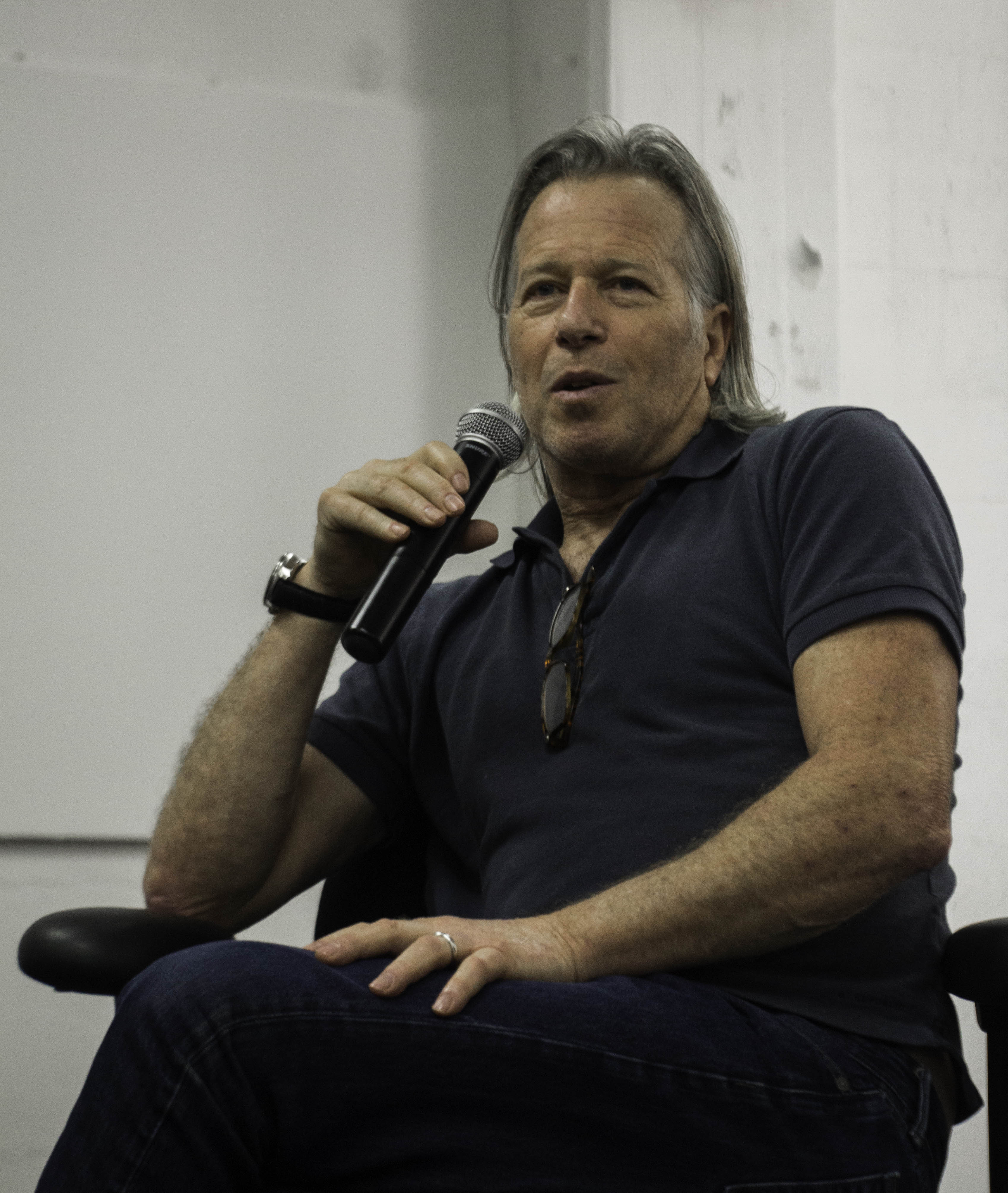 The panel represented a diverse cross-section of projects, from big-budget Hollywood films to smaller documentaries to television shows. Goldman’s past projects include fantastical blockbusters like Marvel’s “Ant-Man and the Wasp” and “The Amazing Spider-Man” and “Star Trek: Into Darkness,” plus such television shows as “Castle” and “Tales of the City”; Narita, a now-retired longtime Hollywood cinematographer, shot such films as “Honey, I Shrunk the Kids,” “Star Trek VI: The Undiscovered Country,” “Hocus Pocus” and “James and the Giant Peach”; Nemeth produced “Fear and Loathing in Las Vegas” in addition to many documentary projects; and Muscato produced several sports documentaries, including “The Zen of Bobby V.”

Jana Memel, executive director of the Schools of Entertainment (Motion Pictures & Television, Acting, and Writing for Film, TV & Digital Media), moderated. The panelists divulged advice, from getting your foot in the door to how to behave on set to how to put passion first.

“If you had one piece of advice about starting out or breaking in, what would that be?” Memel prompted.

Muscato touched on the importance of an entrepreneurial spirit. “There should always be a hustle,” he said. “Don’t wait for somebody to put you in their film or project … make one yourself.”

Nemeth, speaking especially to the acting students, said it’s essential to learn to “stomach rejection.” He added students should embrace as many projects as possible, from community theater to smaller films. “Keep going back to the plate,” he said.

Narita recalled a past instructor’s advice: “There’s always someone who’s better than you are, so stay humble, but keep your curiosity open.”

Memel pivoted over to a topic that she and her Academy colleagues stress often: networking. 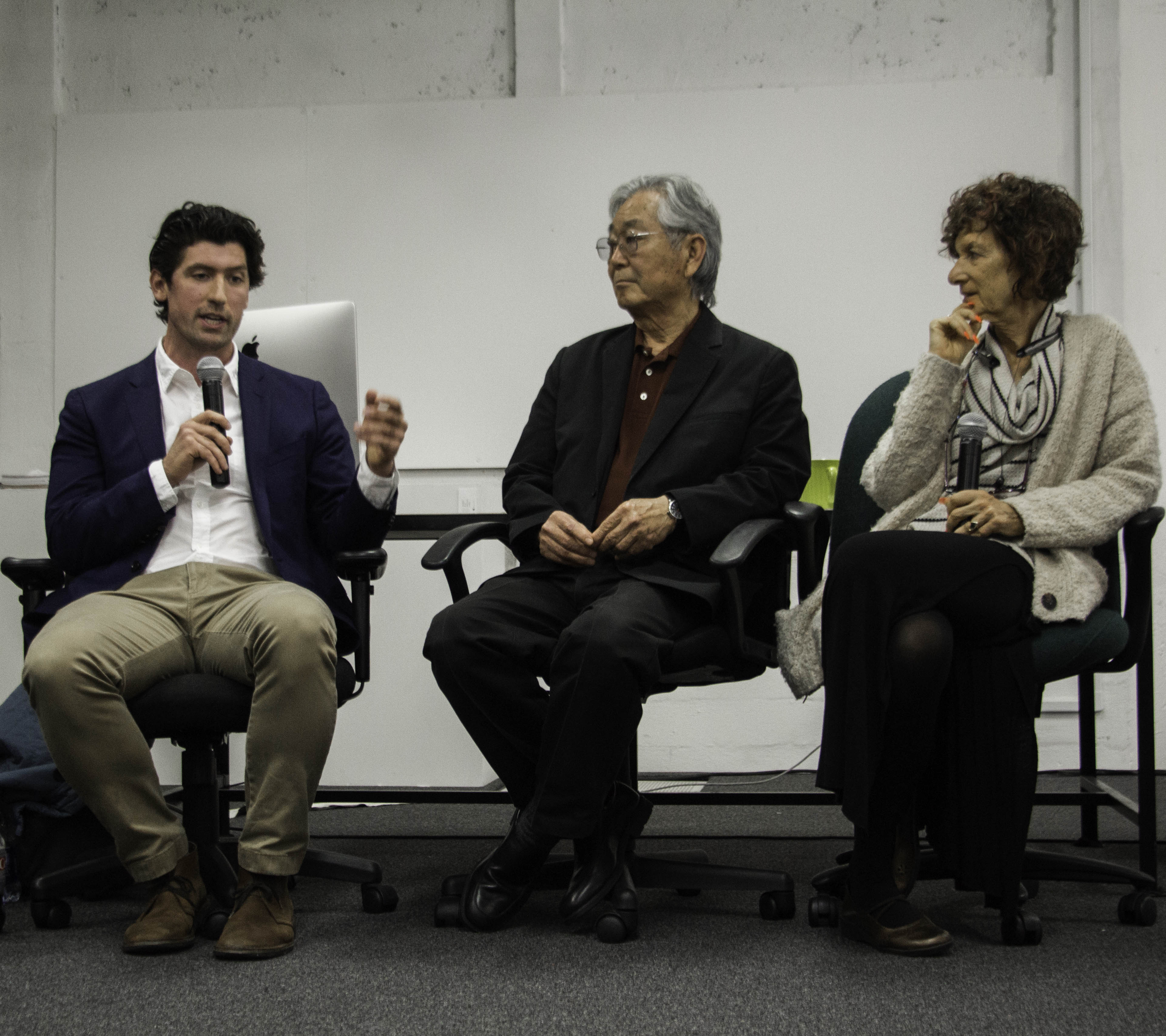 Muscato reminded students that they’re already in the right place. “The beauty of being in an art school is that this is your instant network of people and potential collaborators,” he said. “Ultimately you’re going to find that you’re going to work with people that you know and that you like—you enjoy working with.”

During the event, students also had the opportunity to ask the panel questions.

Acting student Braden Austin asked, “What’s the most stressful situation that you thought that maybe the world was ending while you were on set, but then you realized, once you got through it, it wasn’t as bad as you’d thought?”

Muscato stressed that being passionate about your craft is a huge factor in working through those problems. “I can think of a whole bunch of things that have gone terribly wrong on everything I’ve worked on, whether it’s running out of money or people backed out at the last minute,” he answered. “But ultimately if you find a workaround—as cliché it is to say—every problem is another opportunity.”

Second-year graduate student Jeremy Marquis asked, “Where you are now, is that where you’ve always seen yourself? If it wasn’t, can you identify a change in your life when you started to go in this direction? And, are you happy with that?”

To answer, Goldman reminded students that he didn’t attend film school, but instead studied art and architecture. A job working as a carpenter on the Empire State Building observation deck set for the film “Sleepless in Seattle” exposed him to the field—the rest was history. “Be open to adapting and morphing into other things, because you might end up places that you never thought you would and it’s really exciting,” he said.

Above all, the panelists stressed having confidence in your path, especially if you know it’s in pursuing a craft you’re passionate about.

“The beauty about this job is you’re not a lawyer, you’re not a doctor. There’s not a prescribed way,” Muscato said. “Whichever way you find into the industry is the right way to do it.”

Recognition With a Personal Touch

Out of This World