This past spring, “Avengers: Endgame” marked the end of an era for the Marvel Cinematic Universe (MCU) while also signaling towards the film franchise’s new beginning. “Spider-Man: Far From Home” looks to bring closure in the aftermath of “the Blip,” as Peter Parker (Tom Holland), also known as your friendly neighborhood Spider-Man, is still finding his bearings in a post-Tony Stark world.

Overwhelmed by incessant inquiries about whether or not he’s going to be the new Iron Man as he continues to grieve his mentor’s death, Peter is looking forward to his class science trip in Europe and would rather strategize with Ned (Jacob Batalon) on how to win the affections of his crush, MJ (Zendaya), than tend to his superhero duties—especially upon learning from Happy (Jon Favreau) that Nick Fury (Samuel L. Jackson) is trying to get in touch with him. 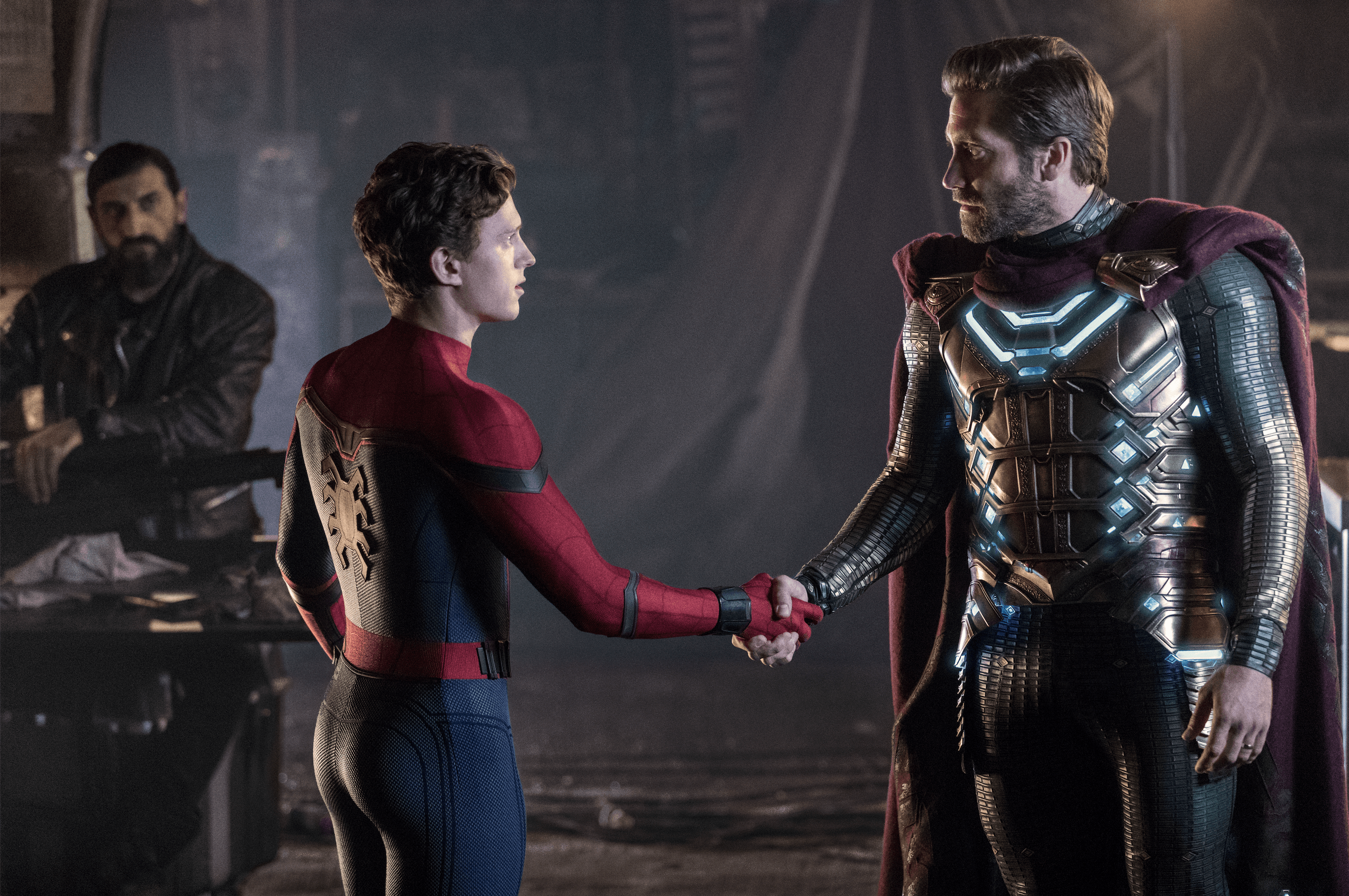 If audiences have learned anything from the MCU over the years, you know that “you don’t ghost Nick Fury.” The former S.H.I.E.L.D. operative interrupts Peter’s vacation to recruit Spider-Man to work alongside Quentin Beck (Jake Gyllenhaal)—who later adopts the moniker “Mysterio”—a superhero from an alternate Earth, on a mission to take down an Elemental Creature from destroying Earth as Peter knows it. With his friends potentially being in the line of fire, the young Avenger is faced with the ill-timed realities of superhero life.

“Far From Home” is a fitting choice to be the latest installment of the MCU, as the mentor/mentee relationship between Tony and Peter ran the emotional gamut in “Infinity War” and “Endgame.” To an extent, MCU fans probably identified with Peter as they watched a beloved superhero take their last breath. It only makes sense to check in on “the kid” following such a loss.

To Holland’s credit, he found a nuanced balance in his portrayal of Peter as he deals with the expectations of being Spider-Man and his desire for teenage normalcy in the wake of the events from “Endgame.” His character’s onscreen chemistry with Zendaya’s MJ is what you’d expect from two high schoolers sorting out their feelings: cute and, at times, completely awkward. The two actors play that energy between their characters to near-perfection. Unsurprisingly, Gyllenhaal really digs in as Mysterio, and, truthfully, was given some of the best lines of the whole movie. The actor has made some interesting and delightful choices in acting roles over the past few years and to see him jump rather seamlessly into the MCU and make an impact is quite exciting. The brotherly relationship that develops between Quentin and Peter serves the film quite well, especially as it allows for an unexpected midway reveal that while shocking at the moment was neatly tied to Tony’s storyline, and thus to Peter’s, and had the audience at my screening gasping.

Between both Spider-Man and Mysterio, “Far From Home” brings plenty of action to the table. A scene that stands out takes place while Peter and his peers are on a bus en route to Prague that has our young superhero jumping out of the roof to stop an accidental attack of his own making with his classmates being none the wiser. It’s a really well-done sequence with a great slo-mo shot of Holland as he hits a famous Spidey pose mid-air. The larger action sequences, while exciting at moments, felt a tad overwrought in the CG department—just enough to make one wonder if they could have approached these larger action pieces differently. That said, Spider-Man’s new all-black stealth suit is still fun to see in action. 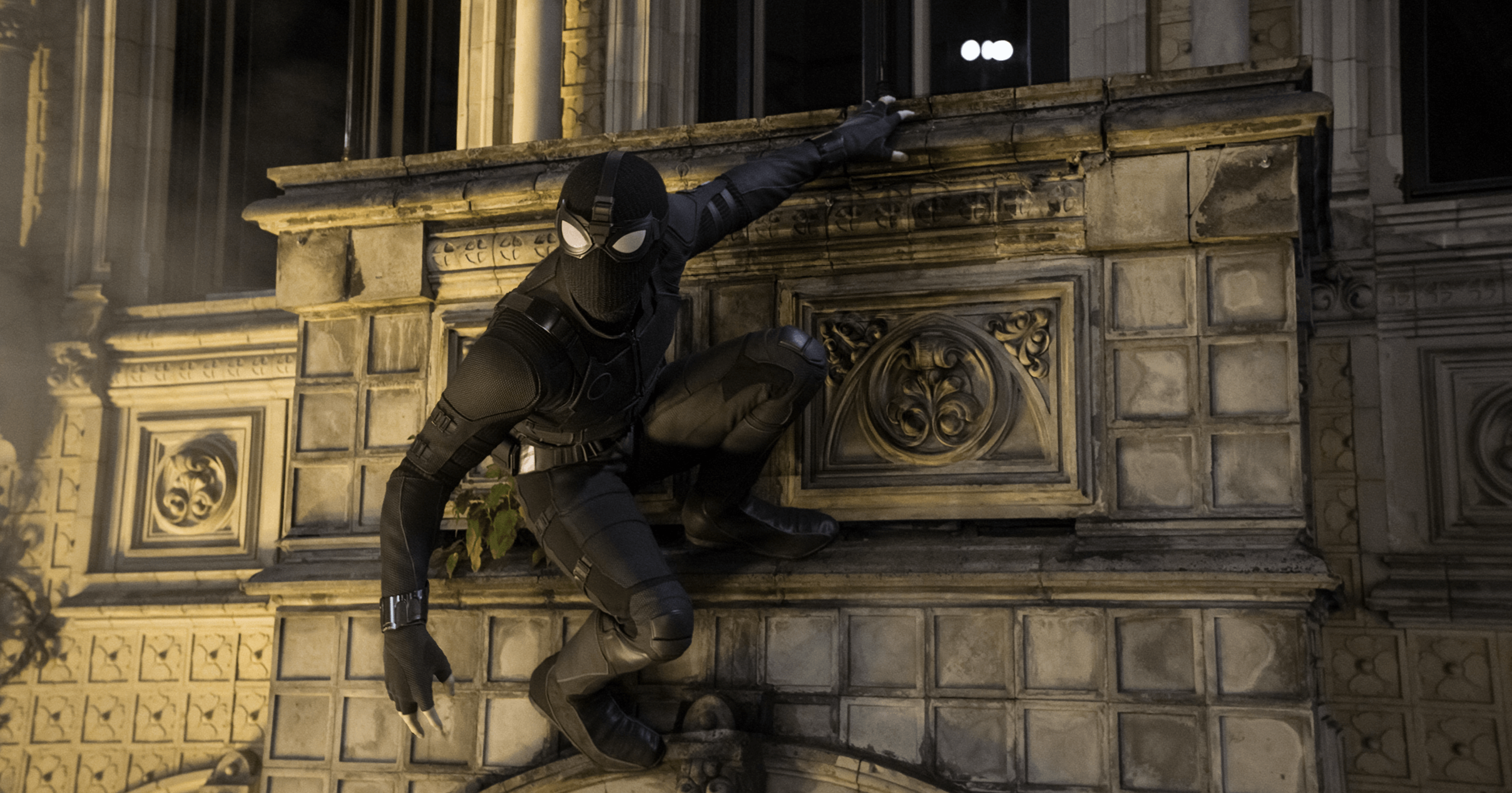 “Spider-Man: Far From Home” is an entertaining way to spend two-plus hours, as well as being a solid addition to the MCU. Holland has very much cemented his status as the best live-action Spider-Man that we’ve had. He’s shaped a character that is full of heart and is someone that audiences can empathize with when things don’t go according to plan. Who doesn’t enjoy a character that you can actively root for? Even more so, the film’s post-credit scenes—there are two—will have you leaving the theater ready for the next chapter in Peter Parker’s story.

“Spider-Man: Far From Home” opens in theaters on July 2.

The Art and Science of Video Game Creation

An Experience to Savor: Stephen Park Steps into...

“No Time To Die’s” Cary Joji Fukunaga and...

Film Review: “A Beautiful Day in the...