Justin Martin remembers a specific morning routine: getting ready for elementary school, eating cereal and watching Disney shorts. He mused that his love for painting, drawing, and animation was always present.

“Over the years, at some point, I realized, ‘Oh, I can do this for a living.’ That’s when things suddenly got more interesting,” he said.

These days, Martin does that and more. Martin is an art director at The Walt Disney Company. Specifically—and fittingly—he helps create Disney’s Mickey Mouse Shorts. “That essentially means I’m in charge of the artwork on the shorts,” he said. “The integration of characters into the backgrounds, the layouts of those backgrounds, the paintings, the palate for the show, the feeling for the show.”

Each episode features different styles. This keeps things fresh, Martin said. “It’s definitely fun, especially when we get to see the final product come to life with the music and sound effects and everything,” he said.

He earned an Emmy for Background Design for his work on “The Scariest Story Ever: A Mickey Mouse Halloween Spooktacular” at the 70th Primetime Emmy Awards last September. That holiday special, a series of vignettes within one episode, follows different Disney characters recounting three spooky tales—each having different artistic styles. First, there’s a Frankenstein-inspired story. “It goes to black and white and it has its own kind of grainy style,” Martin described. In a second, centering on a Van Helsing-esque hunt for vampires, “it’s more like a woodcut or an illustrative crosshatching style.” A third takes cues from “Hansel and Gretel”: “a little more storybook … much more colorful.”

Animation isn’t the first industry wherein Martin crafted transporting story worlds. Over the years, he was also involved in theater. “Along with that came early stage design,” he said, adding that it flexed the same muscles he uses now. 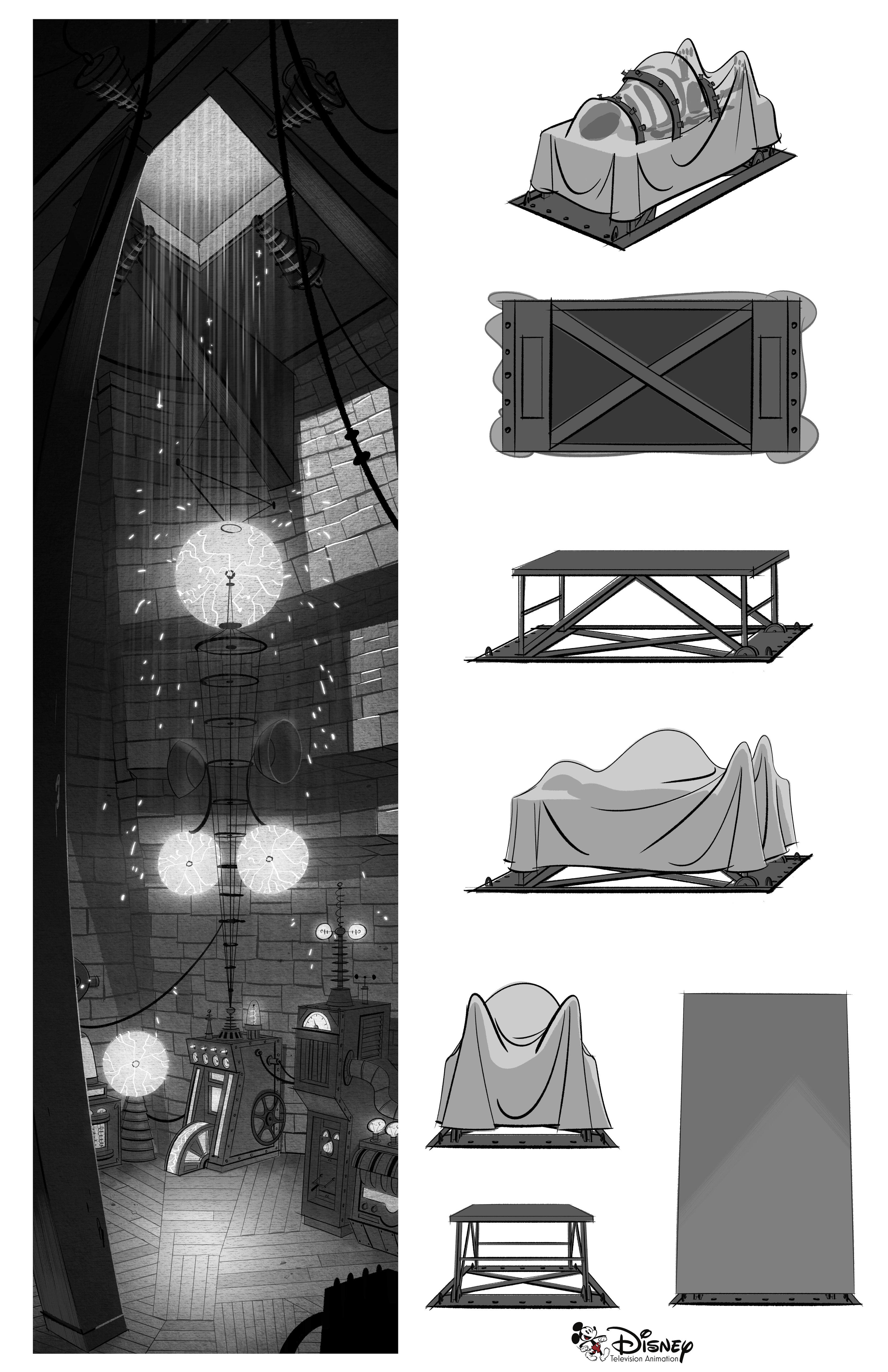 Martin’s passion for conjuring the worlds that characters inhabit developed especially in his time in the Academy of Art University’s School of Animation & Visual Effects (ANM). “Over the course of my time there I realized that I enjoyed creating the worlds and the looks of things more so than making those things move around,” he explained. “It became more of a light at the end of the tunnel.”

Graduate Director of 2-D Animation Sherrie Sinclair recalled this. “Once he began his thesis film work, he discovered his passion for environment design and art direction. His film’s theme gave him a grounded story idea with which to create a series of background layouts which he then took to full color,” she wrote via email. “He was a natural designer with a good color sense.” Since then, they’ve kept in touch. “He has really gone on to make me and the traditional animation department proud and a name for himself!”

After graduating in 2006, Martin worked on an Adult Swim show created by Loren Bouchard titled “Lucy, the Daughter of the Devil.” Then, he moved to Los Angeles—right in the middle of the 2007-2008 Writers Guild of America strike. He shopped his portfolio around. After attending the Creative Talent Network Expo in Los Angeles, he got it into the right hands.

“The best advice I ever got when I was at the Academy was when Mark Holmes, a Pixar alumnus, was teaching a visual development class. He said that in the end, it’s all going to be a matter of timing,” Martin recalled. “If you have the passion and the drive and the talent and you know what you’re up to, it’s about patience. A lot of times it’s who you know and what you’re looking for.” 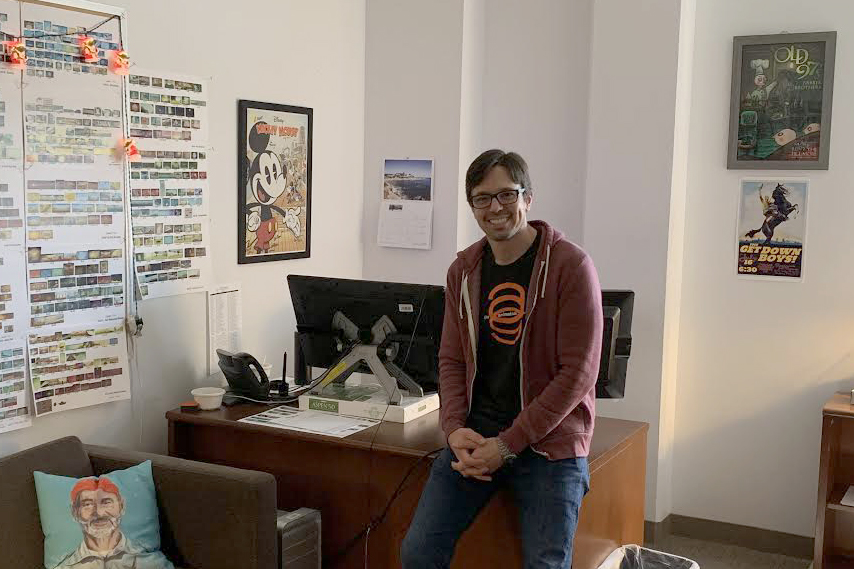 Since then, he’s worked on projects for Warner Bros., The Jim Henson Company, and Cartoon Network. He’s been at Disney for seven years.

These days, in addition to more Mickey shorts, Martin is helping to design a new ride at Walt Disney World in Orlando called “Mickey’s Runaway Railway.” His team is helping to make specific worlds that “hopefully reinforce the storyline first and foremost, and are also a fun place to be,” he said. “In the case of the rides, you’re right in the middle of all of it, as opposed to watching it on a little YouTube screen.”