For VIS alumna Nicole Li, graduation was just the beginning

Nicole Li, a concept artist, illustrator, and a recent graduate from the Academy of Art University’s School of Visual Development (VIS), has two books that will be published in the coming months. One is a children’s book she illustrated with an author from the Netherlands. Another book, in the style of a graphic novel, is a language textbook for Chinese high school students learning English. She worked on a single unit of the book, illustrating a story about a boy who enjoys soccer and then becomes a professional player. “They wanted to make a fun way to get students to learn the language,” Li said about the project that will be published in China this year. 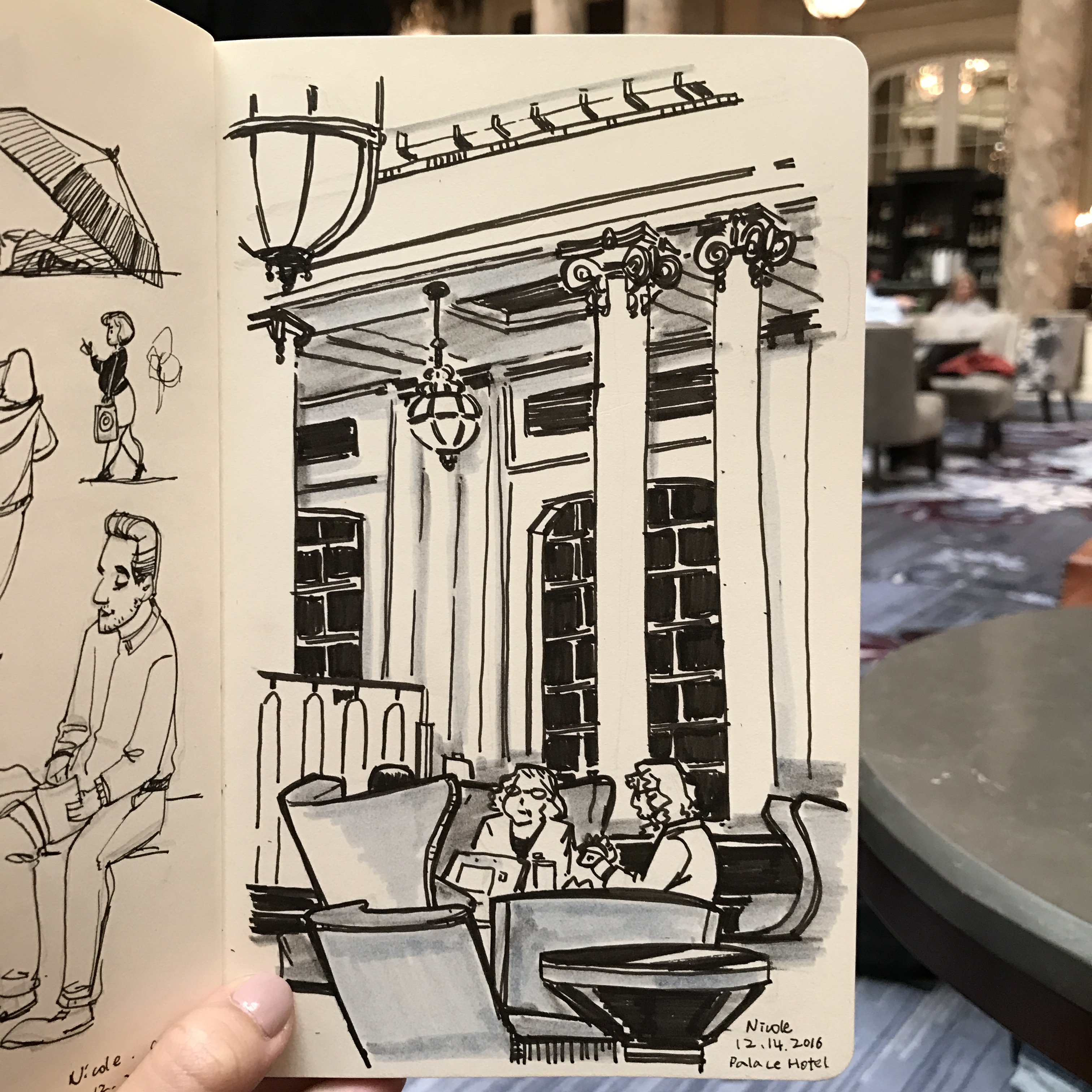 Originally from the Hunan province, Li said she’d always loved to draw. “I read a lot of comic books—Japanese manga, like ‘Detective Conan.’” And she drew fan art. “In the beginning, I wanted to be a comic book artist,” she said in a recent interview, speaking by phone from her home in San Francisco. She drew all through high school. In college, attending Nanchang Institute of Technology, she started to train professionally. But in China, she felt there was only so much she could learn. “I wanted to be more professional, so that’s why I came to the United States.” She learned about the Academy from a local education agency.

Li enrolled at the Academy in 2012, first in the 2-D animation program at the School of Animation & Visual Effects, but then transferred to VIS after attending their department events and presentations on campus. “Drawing and designing characters, props, the environment,” she said, interested her more than drawing a moving image frame by frame. “So I just changed my major.” She graduated with an M.F.A. in 2015.

The classes were great, she said, recalling the comprehensive intro class taught by VIS Director Nicolás Villarreal. But she credits the help she received from VIS Associate Director Chris Carman. “I never took his class but he always helped me,” she said. “Even after I graduated. During the time I was trying to find a job, he helped me a lot.” 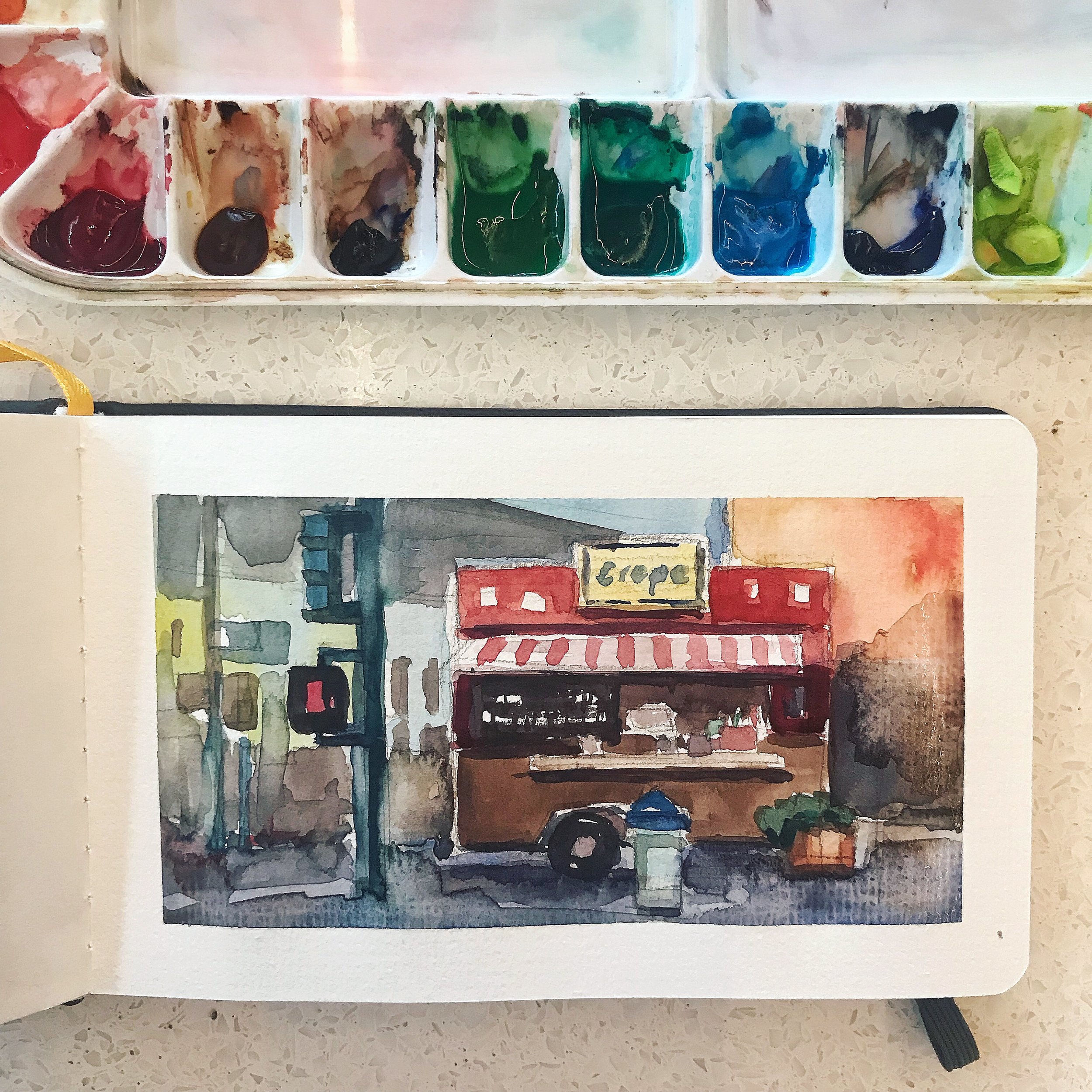 Though she didn’t have a lot of academic experience working on mobile games, Li wanted to find a job in the mobile gaming industry and she knew Carman taught a mobile gaming class so she emailed him directly. He gave her feedback and encouragement for the work she submitted for various job applications. Some companies required art tests as part of their application process and Li said that before submitting a final work sample, she’d share it with Carman and he’d provide her with extensive feedback.

At the mobile gaming company where she did her most recent stint, Li worked on conceptualizing characters and environments, as wells as props and assets for a number of games. And, she was part of the lunchtime crew that did quick paintings and sketches during the midday break.

When Li joined the company, there was an artist (who had once worked at Disney as a background artist on films such as “Lilo and Stitch” and “Mulan”) and every day he went out to draw. Li said she asked him, “May I join you?” Then other friends and co-workers joined in and soon they had a lunchtime crew of a half dozen sketchers.

“Graduation isn’t the end, it’s just the beginning,” Li insisted. “For me, I have to keep learning, keep practicing. It never ends and I just want to get better and better.”

From US Marine Corps to the Movie...

Acting Alumna on Auditions and How You’re...