Commute in from Sacramento notwithstanding, Rachelle Steele traveled a long way to arrive where she is today. Over nine years of service, she embarked on two deployments in South America and one in the Middle East, working as an electronics technician for the U.S. Navy. “When I got out, I was still trying to do the electronics and all that stuff, and then I realized: Hold up. Let me just do what my passion is,” she summarized.

For Steele, photography is both a means of profound personal expression and self-care. When she enrolled at Academy of Art University in 2015, her PTSD-induced anxiety would often cast a cloud over daily activities, sometimes forcing her to pull over during her commute due to dizziness. However, she was surprised how helpful her classes were in offering relief and healing.

“You hear about people using art for healing programs? The university is like that, but to the moon,” Steele expressed. “It’s the [instructors], the workflow, and they’re stimulating areas in your brain. It almost heals the way you’re processing thoughts, because of this focused exercise of shooting. It’s kind of like art healing, but on steroids.” 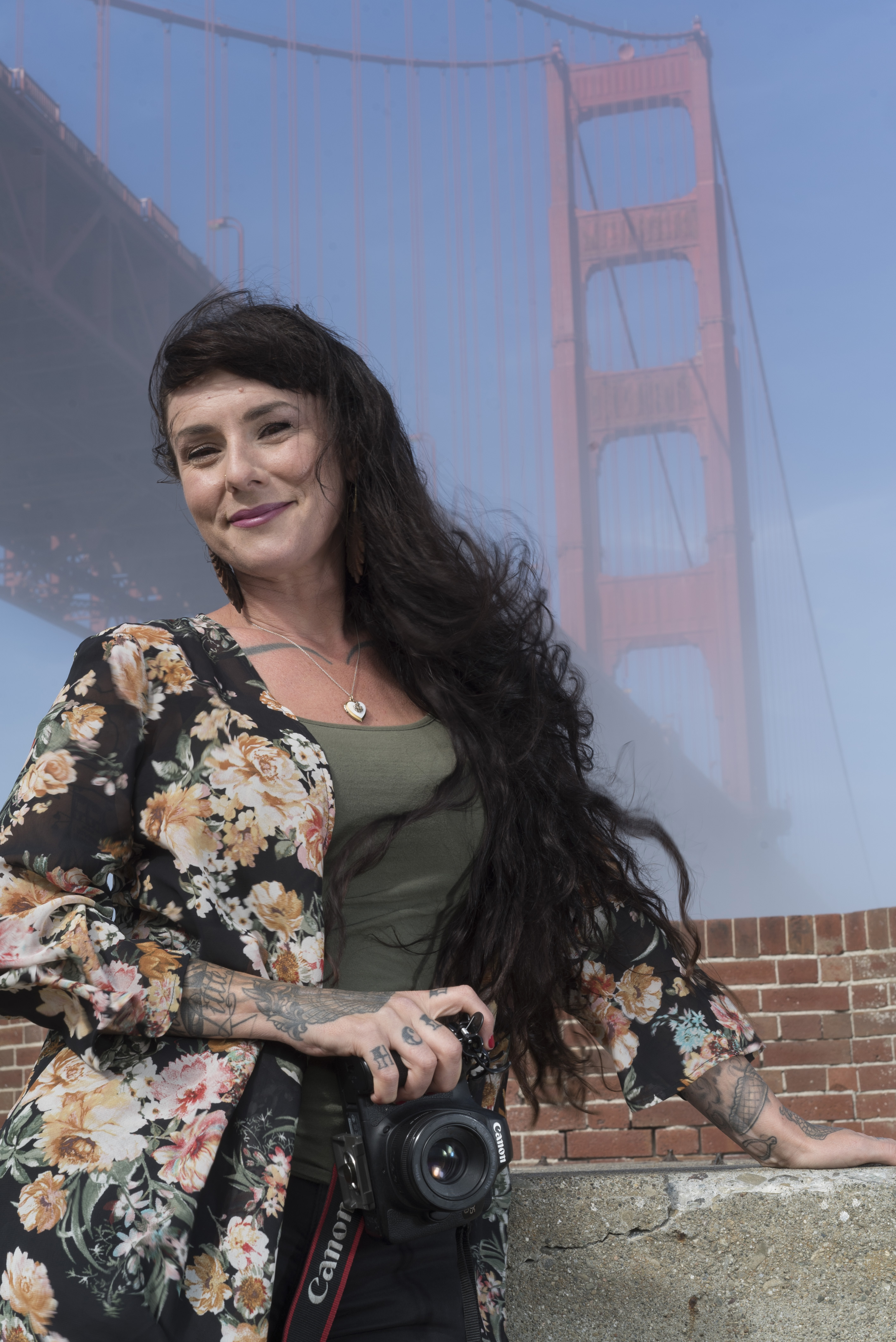 Her deployment in South America was spent on board a guided missile cruiser named the “USS Thomas S. Gates,” which was tasked with “a lot of counter-drug ops, pirates, things like that.” She was one of the first women to serve on the ship and appreciated the exciting “pirate-y” life the crew led on the high seas. However, her combat experiences left her with post-traumatic stress disorder (PTSD).

Steele stressed how helpful Academy staff and faculty were in addressing her medical needs, and helping alleviate her symptoms.

“Even enrolling, there’s someone that’s familiar with veterans, and what you could possibly be going through,” Steele said. “A lot of times there’s physical disabilities and emotional disabilities, and especially in this era, most of us have served in the war. They’re equipped to deal with that, and they’re equipped to help you succeed, so they’re helping you through the process, and evaluating what your needs are.”

In addition to the network of support and resources the Academy provides to veterans, Steele found that photography instructor Kent Marshall had “a way of teaching and a way of connecting, and just an authentic way of being,” that aided her healing process. “It felt like he was literally giving me tools to unlock my brain,” she explained. “I know that sounds crazy, but I just, in my mind, want to write such a big thank you letter when I graduate, or just honor him somehow.”

In between leaving the Navy and starting classes at the Academy, Steele ran her own photography studio in her hometown of Redding, California. She shared the studio space with a few painters, a circumstance she described as “kinda cool. We could kinda just be creative around each other, in a non-judgmental environment, because it’s really scary when you’re figuring out something that’s so formal and photography.”

Steele ran that business for five years before deciding to pursue a degree in her field. “I was actually kind of using photography almost to get my feet again, from going through everything in the military, and everything that goes with that,” she revealed. “I realized that I wasn’t going to feel super comfortable, or be able to let that anxiety down until I had like a formal training in it.”

Steele is thankful both for the support and the quality of the education she’s received at the Academy. She expected her classes to effectively teach her the tools of the trade but was impressed by how deeply the Academy prepares you “professionally and, quite frankly, emotionally” for your chosen field.

Racing Against the Clock