In Arabic, ‘sadiq’ means ‘friend,’ and Salihah Saadiq’s every intention when she’s behind the camera is to capture you as your best mate would.

Sometimes the editorial photographer and Academy of Art University School of Photography (PH) 2018 A.A. graduate asks her subjects to come as they are and they have casual hang outs in the studio, casually snapping in between conversation topics.

Other times Saadiq—born Salihah Saadiq Barnett—has a tried-and-true vision: the outfit will blend in with the backdrop, just like she executed for her series, “People of Color.” Sometimes she wants to photograph your shoes and have the worn leather describe the places they’ve been. Or she’ll want to make a pledge to the body art that adorns her friends and neighbors. Whatever the motive, Saadiq’s photos highlight the genuine, authentic self.

“I think my eye and me being able to perceive people’s energy is what allows me to be able to really capture, who they are and, sometimes, who they are not,” she said, who also does portraiture, event and commercial session photography within the greater Bay Area.

There were two constants for Saadiq growing up: photography and Oakland. Originally from Austin, Texas, Saadiq never felt like she fit in at her high school unless she was viewing it from behind a camera. During the summers, she’d stay with her mom in “The Town” and before long, photography was her ticket in as a permanent resident when she enrolled at the Academy. 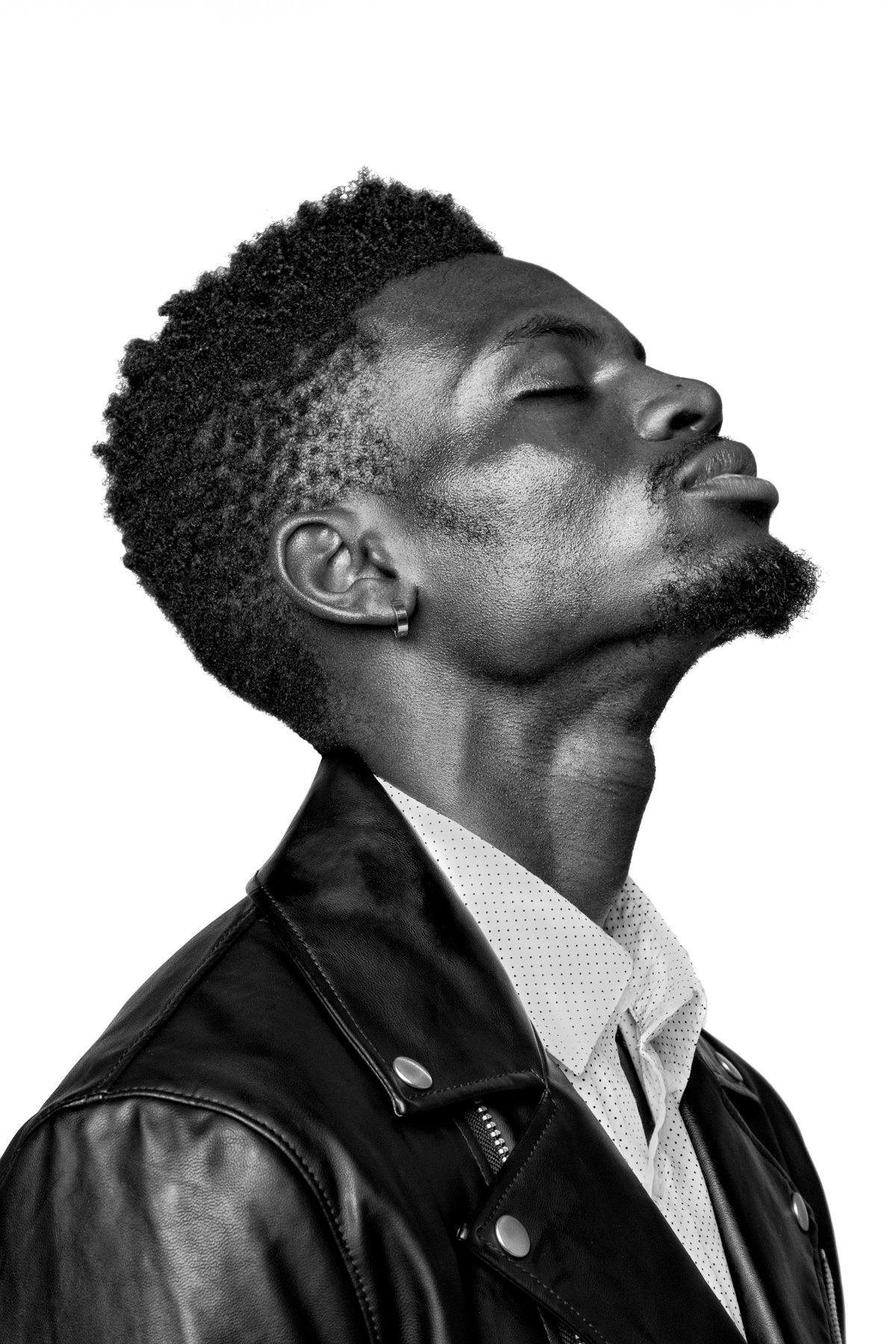 Her education focused on conceptualizing and execution of voice and style. John Vano, PH acting associate director and one of Saadiq’s go-to mentors, spoke of her passion, excitement and curiosity. “She was always inquisitive, always asking questions and wanting to know more,” he said.

And in her personal projects, the lessons seemed to stick. Many of her photos are steeped in rigid colors to make a bold and striking aesthetic; there’s a diverse set of faces staring back and their energies radiate through. One familiar Academy face is Saadiq’s frequent collaborator, School of Communications & Media Technologies student and ART U star student-athlete, Mobolade Ajomale: “It’s easy to get in front of her camera,” he said of Saadiq, whose image of Ajomale won 1st Place Single Image at the 2018 Spring Show. “She’s very dedicated to her work and I see that a lot especially during the shoots … She’ll do anything to get that perfect shot.”

More than anything, grabbing that perfect shot is about timing and trust with the subject. Originally getting her footing shooting music artists as a Goldenvoice concert photographer, she eventually branched out to work directly with emerging artists such as Duckwrth, Drew Banga and Caleborate. Her work with them has been used as album art and social media content; recently, Banga made her his official photographer and creative director. More often than not, she said, the best images come spontaneously.

Duckwrth, an L.A.-based artist, is normally a rambunctious free-spirit, but Saadiq caught him backstage, quiet and laid back, a persona reserved only for people he allows to come close. For Caleborate’s most recent album, entitled, “Real Person,” Saadiq followed him on the most average of days. But the winning snapshot she took was of him barely waking up in bed, which became the project’s cover.

“The way you perform in who you are as an artist, especially in music, is sometimes not at all who you actually are [good or bad] as a person,” she commented. “To be able to show the other side of them is an honor and something I feel really lucky to be able to do.”

Photos are Saadiq’s way of giving back to Oakland. One of her most personal projects follows a young boy throughout the city, entitled “The Day in the Life of a Young Black Boy.” This summer, she showcased her work in local galleries and events and has shot functions such as Feels VI and Regulars Only, hosted by arts and culture collective, Wine & Bowties. But more recently, she’s started to extend her reach outside of the Bay Area. 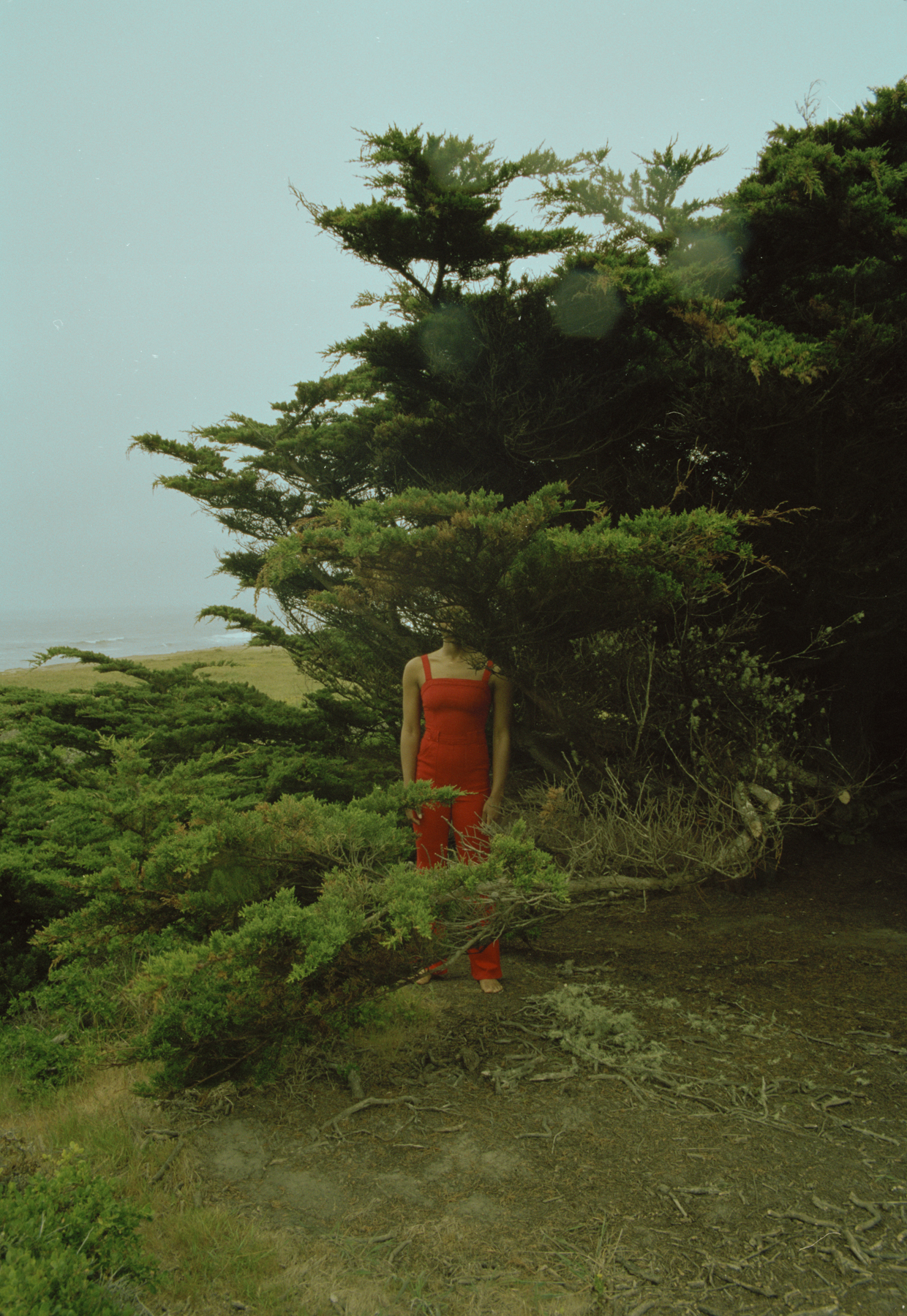 Early on this year, Saadiq’s series “False Depictions” was included in Klompching Gallery online showcase in Brooklyn, New York. She’s taken frequent trips to Los Angeles to document Banga’s studio lab sessions and do photo shoots with other L.A.-based artists, such as Siaira Shawn this past August.

Shortly before that, Saadiq was published on Vogue Italia’s online photo gallery, Photovogue, a platform for up-and-coming photographers.

Her first submission was approved and uploaded within 24 hours and since then, she’s had an additional three images accepted. She beamed, “Vogue was one of the magazines I’d look at for visuals ever since I was younger. To me, [Vogue] had this huge place in my heart and admiration.”

But really, no other place has her heart and admiration like Oakland.

But within a year, Saadiq will have moved to L.A., where her mentor Vano said, “We trained her to run a really good race and I’m excited to see her put herself against the competition.”

Mastering Skills in the Online Classroom

Transforming Passion Into a Profession

Creating a Platform for Women