Cassidy Hall, a 14-year-old with hair the fiery color of summer, led her family through the crowded hallways of the Pre-College Art Experience (PCAE) Showcase to her artwork—a pencil sketch of “Little Red Riding Hood” characters—that she created for the Introduction to Illustration class she took as part of the four-week summer PCAE program offered at Academy of Art University.

Currently attending Millennium Charter School in Tracy, California, Hall said this was the first time her artwork had been displayed publicly. And as thrilling as that may be, she said what she loved most about the program was “being surrounded by people who also like the kind of work that you do.” 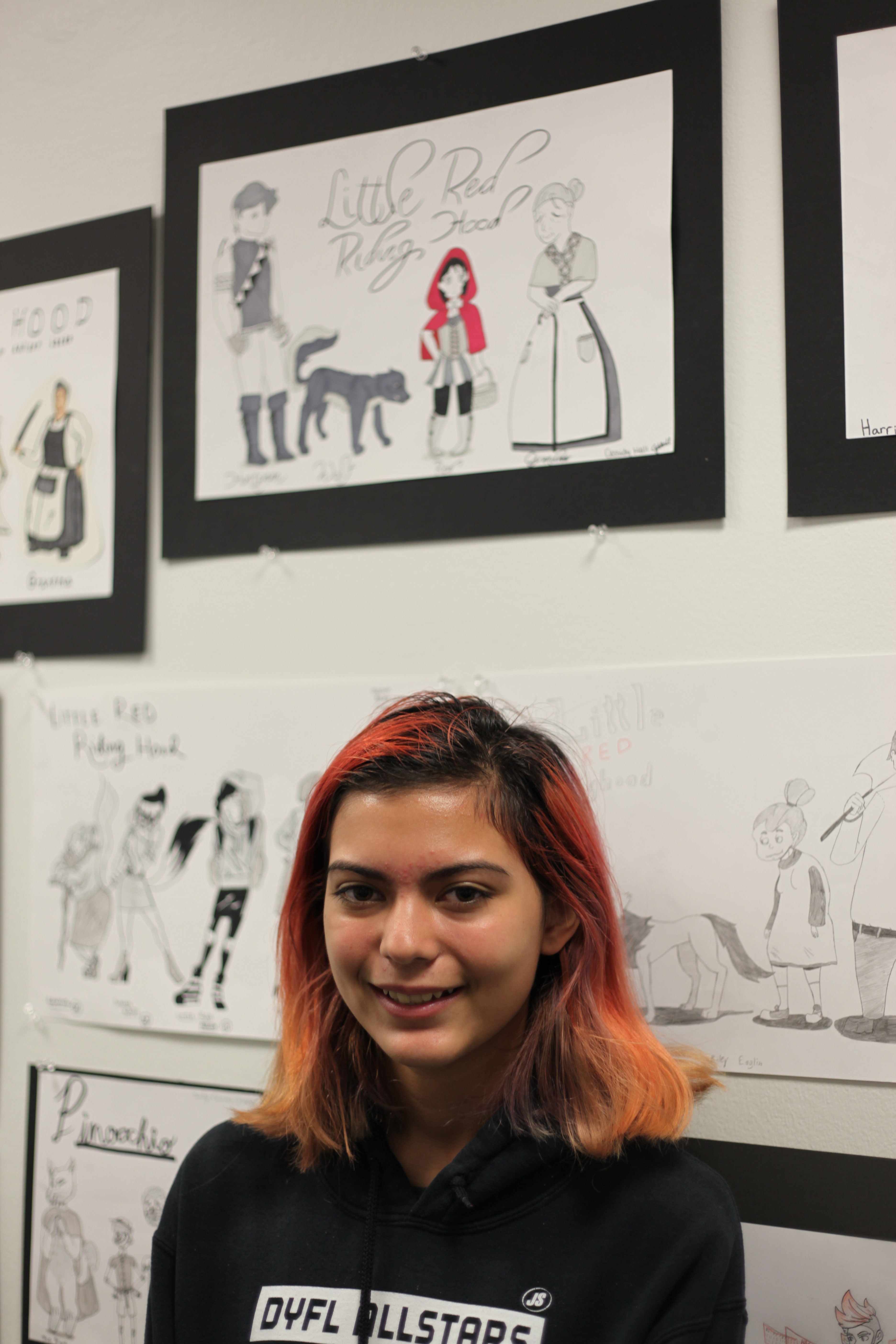 Cassidy Hall, stands under her character study for “Little Red Riding Hood,” which she developed in her Introduction to Illustration class as part of the summer Pre-College Art Experience program. Photo by Erasmo Guerra.

PCAE is a year-round program where high school students can get a preview of college life, meet fellow like-minded artists, and explore the range of art and design fields of study offered at Academy of Art University. As part of the program, students take classes at no tuition charge and earn scholarship dollars toward undergraduate studies at the Academy.

Each year, the Academy provides more than 2,000 high school students this opportunity. The PCAE Showcase on July 28 was the culmination of the four-week summer program and included a presentation of certificates of completion to students as the packed room of students and proud family members erupted into hoots and hollers each time a name was called.

Adriana Ibarra, 17, was seated in the crowd with her parents Carlos and Maria Dolores. As the first of four siblings to pursue a path in the creative arts in a city as big as San Francisco, Adriana said it was important to bring her parents to the showcase to see the work she produced for her classes, which included fashion blogging, photography, and fashion merchandising and styling. 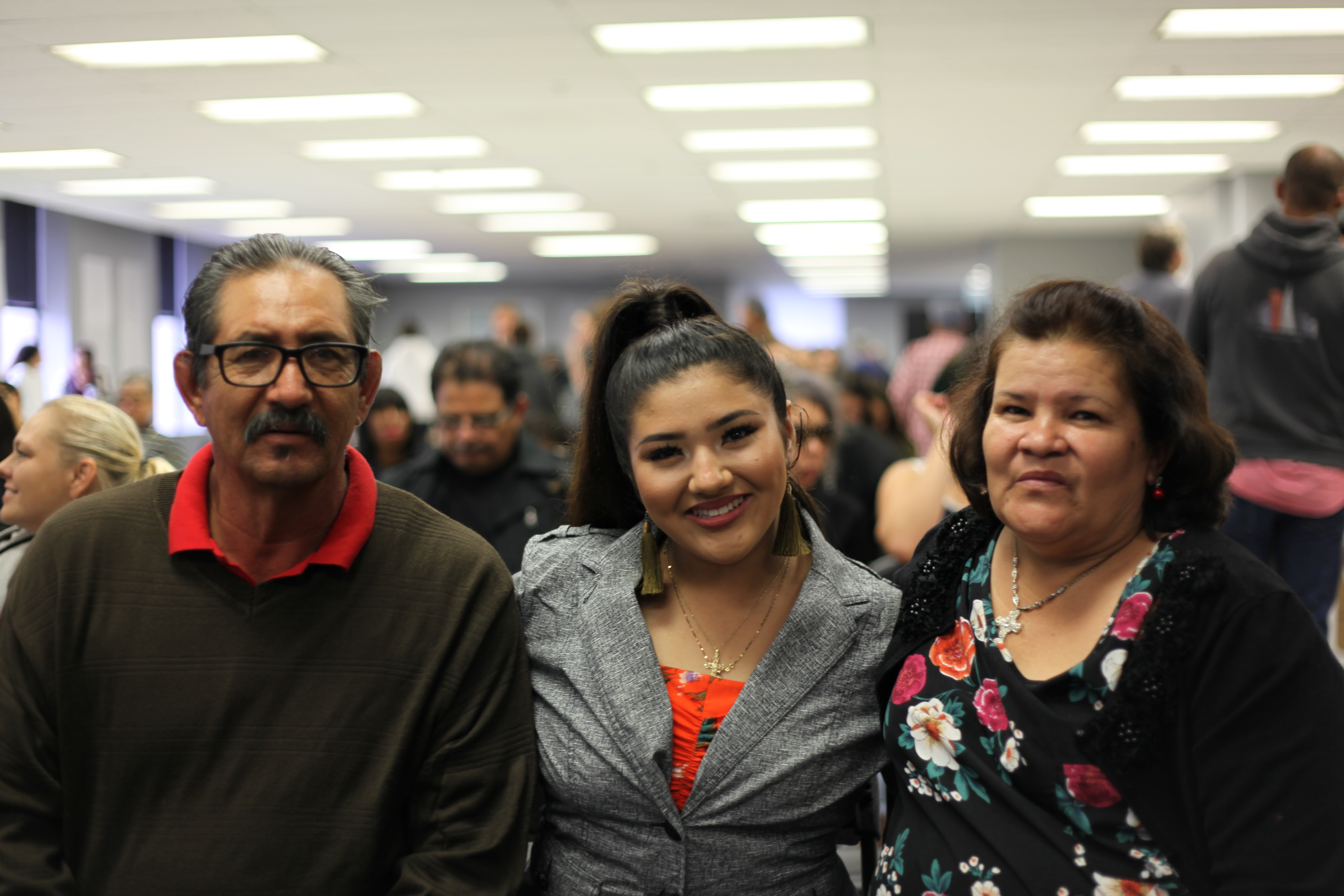 Adriana’s mom, speaking in Spanish, said her daughter had been a stylist since she was three years old, rearranging outfit combinations her mother had laid out for her.  And though she was happy to see her daughter’s work, Mrs. Ibarra said she was most proud of her daughter’s perseverance, getting up at 4 a.m., to make the 8 a.m. train from Stockton to San Francisco to attend classes all day and return home by 8 p.m.

It seemed that many of the students started pursuing their craft early. Jordyn Coleman-Amador, a 15-year-old who also attends Millennium Charter, and took the Introduction to Illustration class focused on character design, has been drawing since childhood.

“It’s always been her passion,” said Shirley Coleman and Rachel Amador, her moms, who noted that Jordyn had been drawing “since she was this big,” holding a hand up waist high. 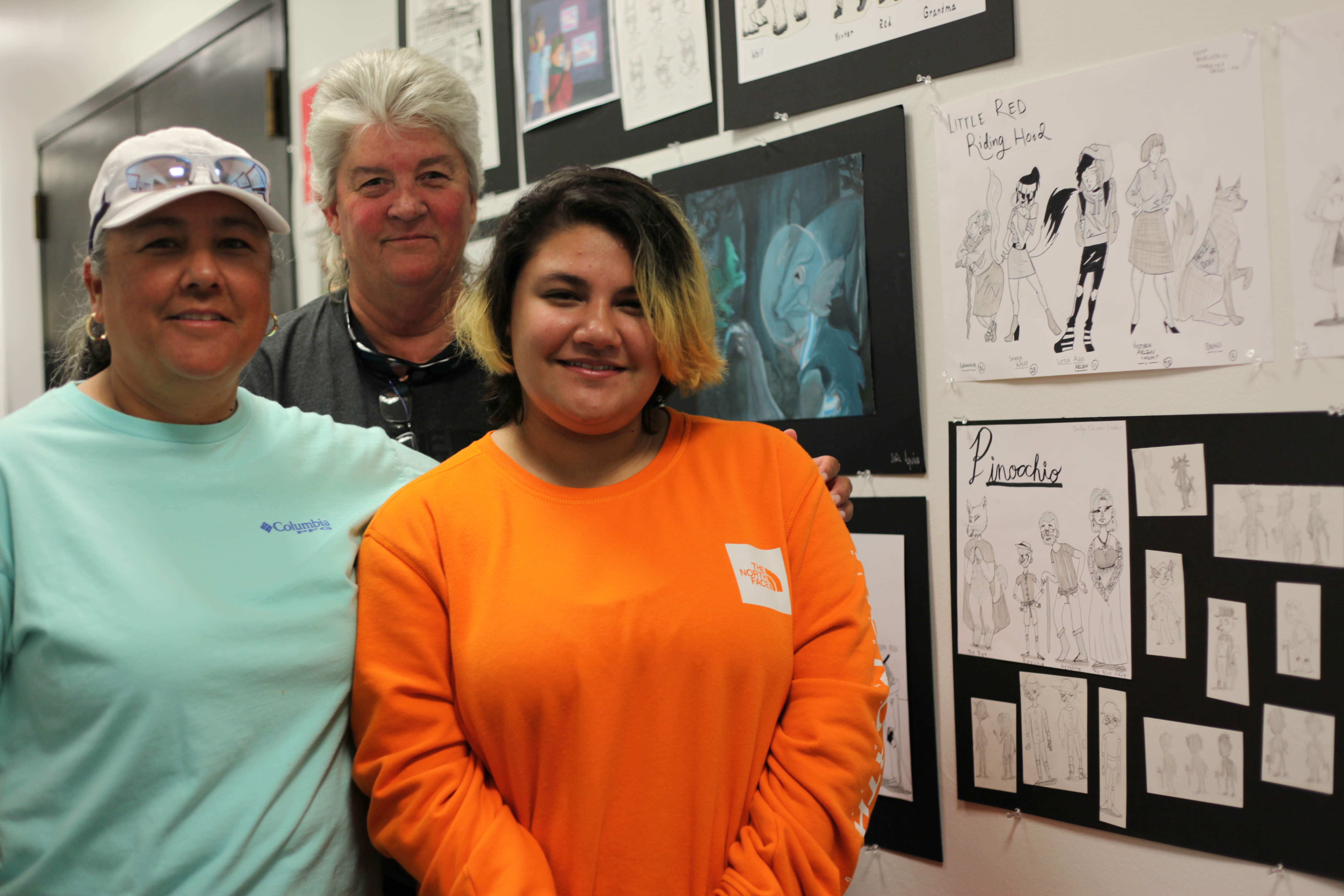 Jordyn Coleman-Amador (center), with her moms Rachel Amador (left) and Shirley Coleman (back), stands in front of her character study for Pinocchio, which she developed in her Introduction to Illustration class as part of the summer Pre-College Art Experience program. Photo by Erasmo Guerra.

Jordyn said the Academy program helped her look ahead, “learning something that I’d use in the future.”

Sharanya Kumar, who attends Mission San Jose High School in Fremont agreed. The 17-year-old took the MUS82 Music Production class this past summer where she created the soundtrack for a one-minute Fenty Beauty video. “I learned so many of the basics,” Kumar said, pointing out, “and even with that I was still able to create a song in two to three weeks.”

Kumar said the summer class has given her a head start on college and beyond. “See me in Hollywood,” she said, determined to work as a music producer alongside her favorite, Zedd, whom she called “one of the biggest producers out there.”

Andrew Yuan, 17, an international student from Shanghai, China, spent the summer in San Francisco to attend a number of PCAE classes at Academy of Art, including Figurative Drawing, Intro to Clothing Design, and Drawing and Composition. Asked how he was able to juggle three classes over a four-week sprint, he mentioned “time management” and “getting enough sleep” so that he could wake up at 6:20 a.m. Susan Tom, a longtime family friend and Yuan’s guardian while he was in San Francisco for the summer, noted that “he’s passionate about what he’s learning.” And, she added, “He’s applying to the Academy next fall to study animation.”