As a genre of Christian music with roots in the black oral tradition, Edwards’ songs of Gospel spoke of forgiveness, being saved and receiving blessings through her religious beliefs. Her lyrics had clear messages on having faith and believing in a higher being, but Edwards was careful to provide context after every performance. One song, “The Blood,” washed over many faces in the crowd and Edwards was keen to clarify its symbolism.

“I had this song in my mind when I was in a very low place,” she said. “Then I woke up one day, with God reminding me that no matter what you’ve done, I’ve covered you [in my blood] because you believe.”

Edwards asked the along with songs such as “Different” and “No Failure.” The latter song had a particularly inspirational meaning that resonated with the room: “I dealt with low self-esteem my whole life. But then I was forced to accept my ‘me.’ This song here just says that I’m going to be different as God created me.” 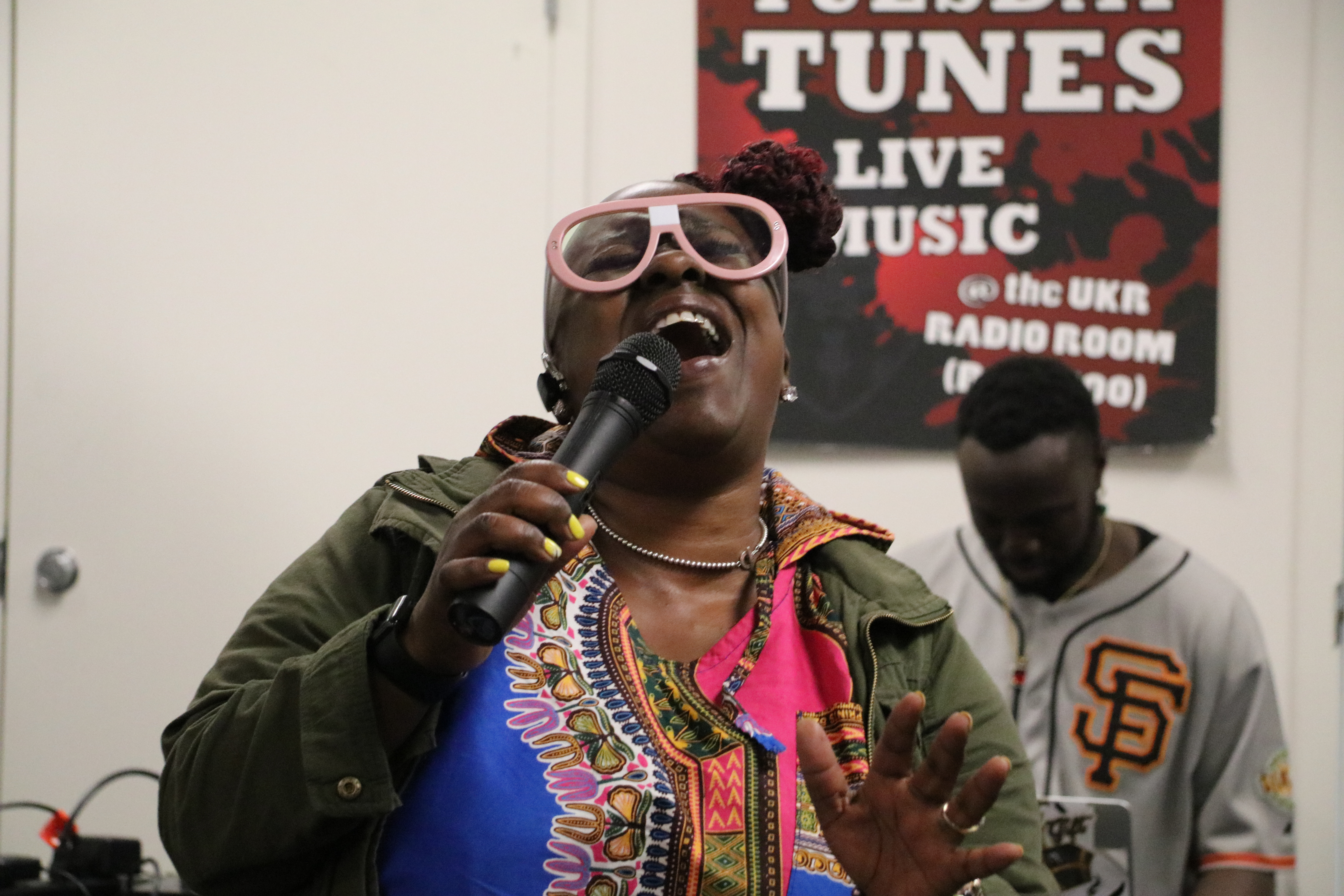 Noah Rivers, UKR program director and host of UKR Gospel-comedy program “Hashtag the Praise Break,” had been looking to bring in a Gospel singer for a few months before he connected with Edwards. Rivers said it was during a performance at Love Center Ministries in Oakland, and familiar with Edwards’ voice and energy, Rivers knew he wanted to bring her into UKR.

“We’ve had rappers, singers, alternative artists, why not have a Gospel artist?” he said regarding his reasoning to book Edwards. “I’ve always made it my mission to expose our students and listeners to what Gospel truly is.”

Making it in VFX

Film Review: “Sorry To Bother You”

Love, Relationships, and Breakups that Led to...