Alongside managing her creative agency and inspirational events business, Creativepreneur, Putri Tanjung is following her multimedia interests at the Academy

Putri Tanjung is a force: she runs her own business and creative agency; is recognized as a “game changer” by Indonesian press; has spoken at universities and led millennial-focused campaigns across her home country. All the while going to school (on-site!) at the Academy of Art University where she graduated from this past May. She also has 314,000 Instagram followers. And she’s only 22 years old.

Tanjung, however, is rather modest: “It’s been a pretty crazy ride” is all she can say, while sitting in the student lounge at 79 New Montgomery.

But what any successful entrepreneur would oblige is that the journey is never easy. Tanjung just started way earlier than most, at the tender age of 17. Her business, Creativepreneur, was founded in 2014 when Tanjung realized she wanted to be a businesswoman but the conferences, seminars and workshops available were too stuffy for her taste. “I wanted to find an event that talks about entrepreneurship but in a fun way,” she said. “I really wanted to learn from real entrepreneurs sharing their struggles but in a very cool and young way.” 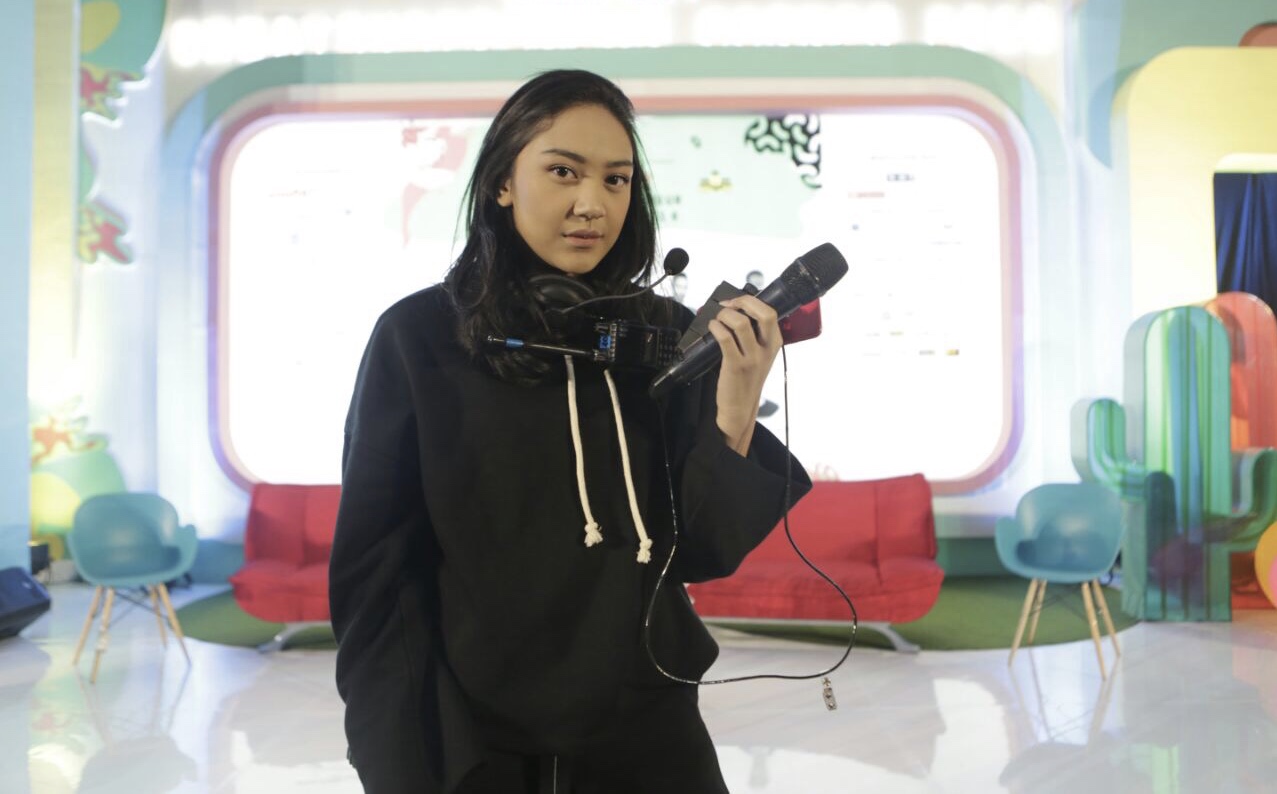 Creativepreneur started as a talk show, bringing young entrepreneurs across Indonesia to share their stories, struggles and all, to a millennial audience that craved knowledge in a language that spoke to them—pop culture references, music, comedy, and colorful stage production—delivered in a neat and casual Instagram-able package. The first show brought in 1,500 people. And Tanjung raised all the funding on her own.

“I didn’t want to ask my dad or my mom for money because I wanted to prove myself that I can do this,” she said. Tanjung’s father, Chairul Tanjung, is a highly successful businessman whose net worth was recently listed at $3.9 billion by Forbes’ 50 Wealthiest in Indonesia. She started knocking on company doors and got rejected by at least 30 of them. Fortunately, three companies said yes. “I believed in my concept so much. I believed it could work so I just kept moving and kept on going. Every time I got rejected or people called me crazy, that was just a push to prove them wrong.”

Since then, Creativepreneur has been going for five years strong and inspired more than 60,000 young adults and entrepreneurs. Last year, it expanded from just hosting in the Indonesian capital of Jakarta to touring other cities like Yogyakarta, Surabaya (East Java) and Bandung (West Java). Another result of Creativepreneur’s success is an associated creative agency that companies can hire to strategize marketing campaigns targeting millennials.

Despite her successes as an entrepreneur, Tanjung always wanted to study broadcast. The Academy’s School of Communications & Media Technologies (COM) was perfect as Tanjung also wanted to study in San Francisco where she would also have access to other disciplines and topics. A lot of what she learned from producing the Creativepreneur events was validated within COM, Tanjung revealed, and she’s taken to figuring out what else she can learn from the Academy that she could bring back to Indonesia. 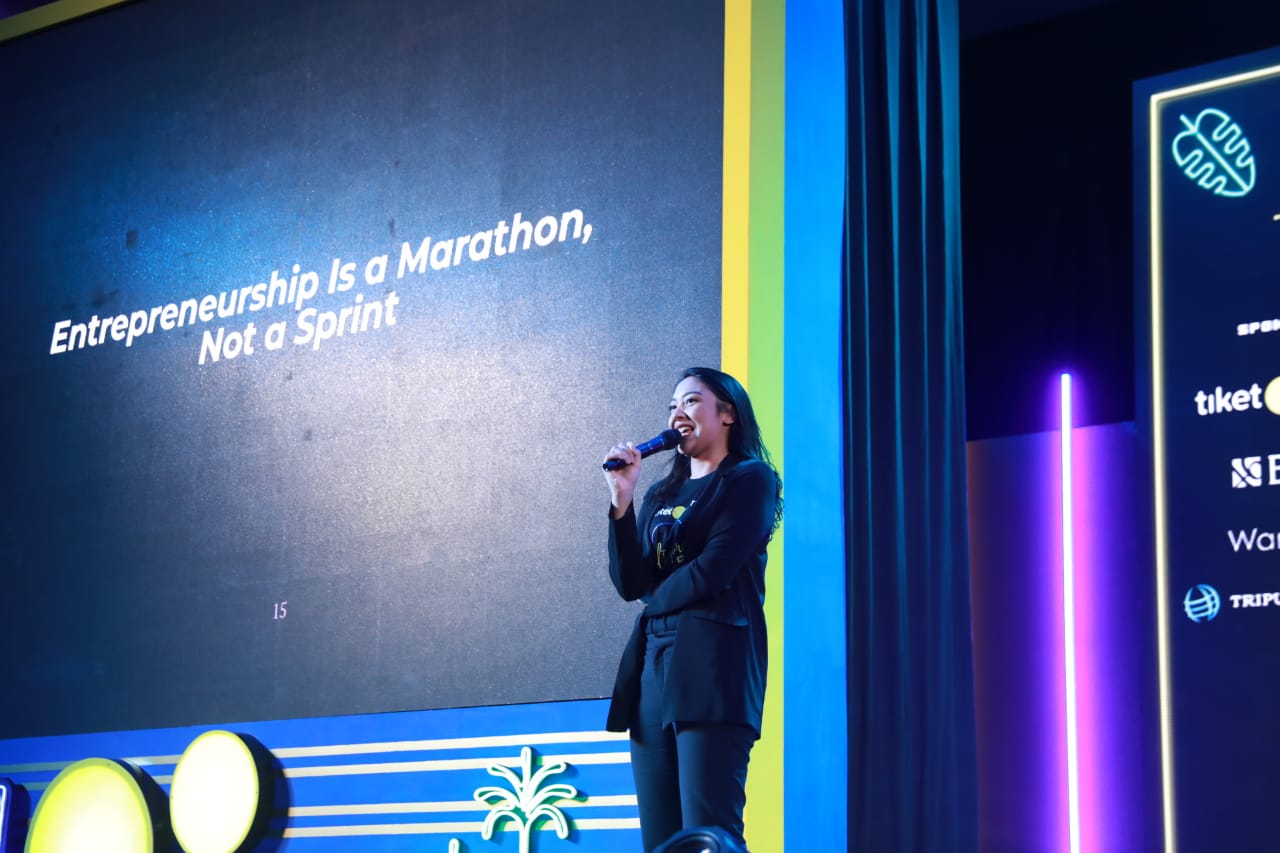 “I discovered that I have different passions, like radio,” Tanjung explained. “It’s so new to me. Since I’m learning podcasts here, I can then produce podcasts or audio shows for the event or clients we have with the creative agency. There’s a lot of new things that I can apply to both aspects of my business.”

“Putri was very smart and very fun. She really worked well with others and was someone in the class that everyone trusted to have good ideas,” said COM instructor Matty Staudt, who taught Tanjung in a few of his podcasting and branded content classes. He also brought Tanjung on at UrbanKnightsRadio.com as its first social media director in 2015. “She never looked at an assignment as just as assignment. She’d always understood why we were doing it and the importance of what we were doing.”

When she’s in school, planning Creativepreneur events and manning clients with a 14-hour difference can be tough (“Sometimes I have clients that want to have a meeting at 4 p.m., Jakarta time, which is 2 a.m. here,” Tanjung said. “So I have to dress up for that.”). But as she preaches in her events, “Being an entrepreneur isn’t a sprint, it’s a marathon.”

“You have to keep going, you have to keep running,” Tanjung said. “It’s really hard, it takes dedication, you have to work 18 hours a day and then you have to support yourself and your team … But there’s no harm in dreaming big. You just have to start, you can’t wait. Any millennials that want to start a business, there’s power in our age. I’m still so young so it gives me a lot of room to grow and make mistakes. I think it’s an advantage.”