The Partner in Crime

Richard E. Grant discusses his role as Lee Israel’s street-smart companion, Jack Hock, in “Can You Ever Forgive Me?”

Following his enticing performance as Jack Hock in Marielle Heller’s “Can You Ever Forgive Me?” actor Richard E. Grant sat down with various media outlets in San Francisco to answer questions about the role, as well as his past work and a few personal tidbits. The press stop coincided with its West Coast debut at the Mill Valley Film Festival.

Grant appeared grateful for the positive responses the film elicited from both critics and audiences, which has made appearances on the festival circuit and interactions with journalists much less painful.

“When you’ve got journalists telling you to your face how much they hate a movie before you’ve even begun, that’s a tough call. But you’ve got to keep on smiling and keep on going,” Grant opined. “If there’s something people have responded to and they instantly like, and you can feel it instantly…then, it’s a pleasure to talk about it. It really is.”

As of right now, “Can You Ever Forgive Me?” has near-universal critical praise (earning a “certified fresh” designation on Rotten Tomatoes with a score of 99 percent). The way Grant describes it, the film was a labor of love stitched together by an amiable, tight-knit cast and crew. 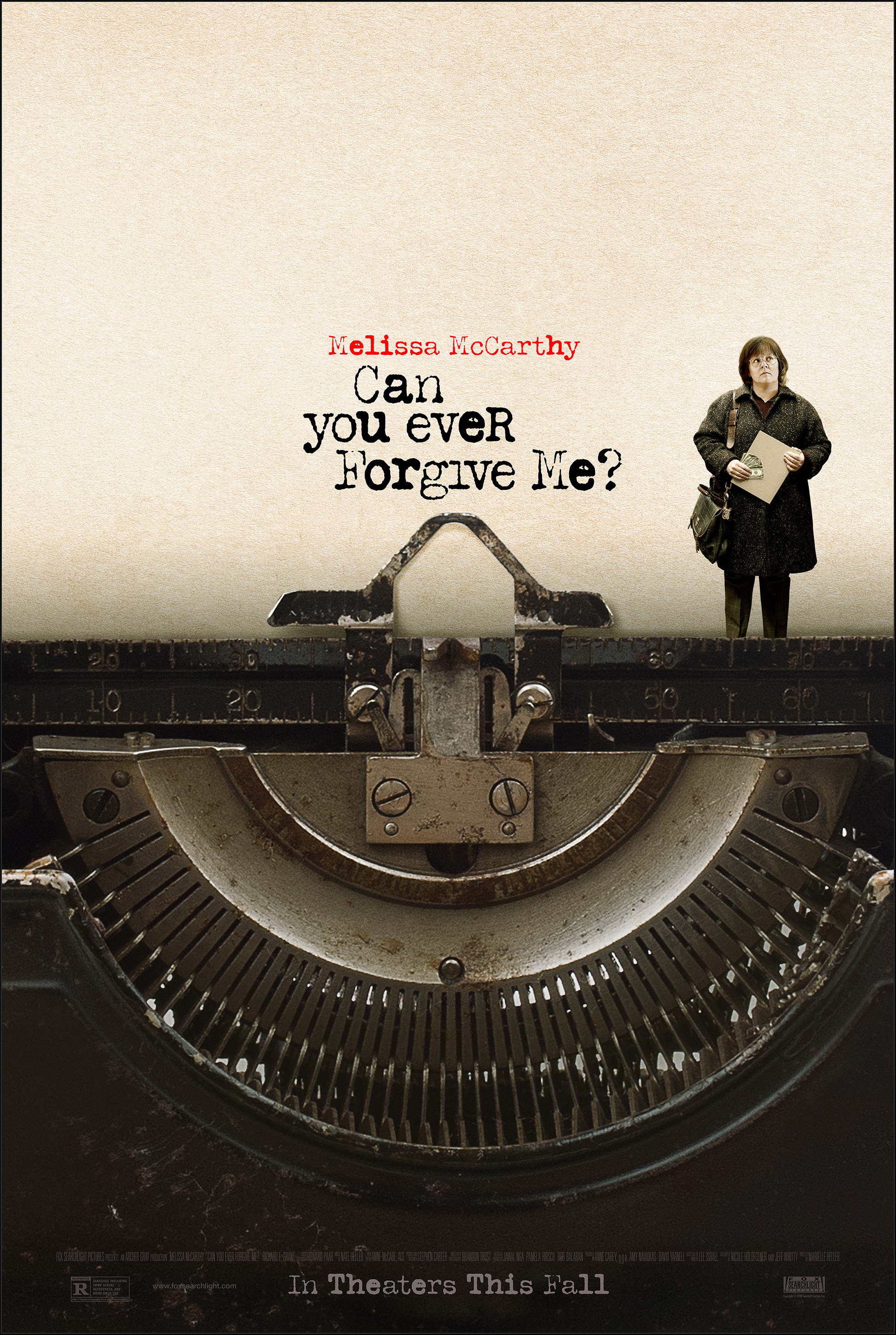 “We were like a big happy family,” Grant recalled. “Dysfunctional family that I’ve come from I don’t know what that is. But these 28 days that we had on this movie last winter in New York were just absolutely wonderful, and we were bereft when we all had to say goodbye.”

When production was ramping down, some of the actors’ closeness on-set spilled into the final scenes. Especially when an AIDS-stricken Hock reunites with Israel after her trial with the FBI, and she asks permission to include him in any story she writes about the ordeal.

“That was very—because I knew this character was dying anyway—but that was very emotional and charged for us to do because we were essentially saying bye at the end of that,” Grant said.

He got along especially well with lead actress Melissa McCarthy. The two hit it off instantly, and their on-screen chemistry has translated into cheerful, collegial interviews. If it’s any indication of how comfortable they are with each other, Grant first described her, as he has in past interviews, as “awful. She’s unkind She’s always late. She hated me. She never learned her lines. She is Lee Israel. I mean, she is brutal. And, I worship her, and we had just a brilliant time.”

In all seriousness, “She feels completely non-judgmental,” Grant said of her, glowingly. “What you see is what you get. She’s a very emotionally present person, I think that’s why people love her. And people really love her.”

Although Jack Hock was mentioned in Lee Israel’s 144-page memoir “Can You Ever Forgive Me?”, on which the movie was based, descriptions of him were fleeting and incomplete. According to Grant, “[Israel] said, ‘He was tall, he was from Portland, he had blonde hair, he was dead at 47, he was in jail for two years for attacking a taxi driver with a knife, allegedly.’” To add to that, Grant “never met anybody who survived him who knew anything about him,” leaving him with very little information about who Hock really was. Though you’d never be able to tell by watching the film.

Sometimes, it only takes a few revealing moments to truly get a handle on who someone is. For Grant, one of the most enlightening clue-ins to Hock’s personality and motivations was the way he befriended Lee Israel. “This is somebody who’s lived on the streets by his wits,” Grant said, “and the fact that she, as a lesbian woman, was sitting in a predominantly gay bar, Julius’ Bar in Manhattan, with Walkman headphones on…she was shutting the world out, but was also in a place where people respected her and left her alone.”

Hock realizes this, but precedes to strike up a conversation, and “reminds her that he’s only met her once when he pees all over these rich peoples’ fur coats” at a party. Before they know it, they’re practically inseparable. It’s not long before Hock is crashing on her couch and helping sell her forged letters.

“That’s somebody who is grifting, but, on the other hand, as soon as he gets any money, he says, ‘Let’s go to this cocktail bar. Let’s go eat. Life is mostly s—,’” Grant said. “So, he’s somebody who lives in the moment, for the moment, and that, I think, is very attractive. Certainly, as an actor, to play that is a gift.”

“Can You Ever Forgive Me?” is now playing in San Francisco.

Film Review: “The Vast of Night”

“Raise Hell: The Life and Times of...