If Leonardo da Vinci was right when he said, “Painting is poetry that is seen rather than felt, and poetry is painting that is felt rather than seen,” then Sam Giuliano and Haley Jakobson’s fiery new anthology, “Write Like Prayers,” covers both fronts of that emotional spectrum. Giuliano, an alumna of Academy of Art University’s School of Illustration, is responsible for the book’s beautiful, muted artwork.

“As young women in our respective industries, we sought the opportunity to develop our own narrative and cultivate a creative work that embodied the female millennial voice,” Giuliano explained. “Combining storytelling illustration with raw, unfiltered poetry, ‘Write Like Prayers’ is a bedtime story for your twenties.”

The process of creating the book began two years ago, while Giuliano was still a full-time student in San Francisco and Jakobson had recently graduated from Boston University, with a degree in theatre arts and concentration in playwriting. The two artists met over Instagram, connecting over recent run-ins with loss and heartbreak that both were working to overcome. It didn’t take long to sense that their shared experiences could translate into a fruitful collaboration.

“Haley and I had pretty similar experiences from what she wrote about in the book,” Giuliano recalled. “We both moved to new cities, went through pretty terrible break-ups, and then lost really close family members, all within a few months’ time at the exact same time across the country. So it was really easy to illustrate from her perspective.”

The idea of writing the book was conceived years before its publication, as Giuliano’s busy academic and work schedule, the difficulty of navigating distance, and the unanticipated challenges of self-publishing delayed the process. “We had to do pretty much all of the layout and design by ourselves,” said Giuliano. “Then finding a printer that was affordable and quality was a huge challenge.” 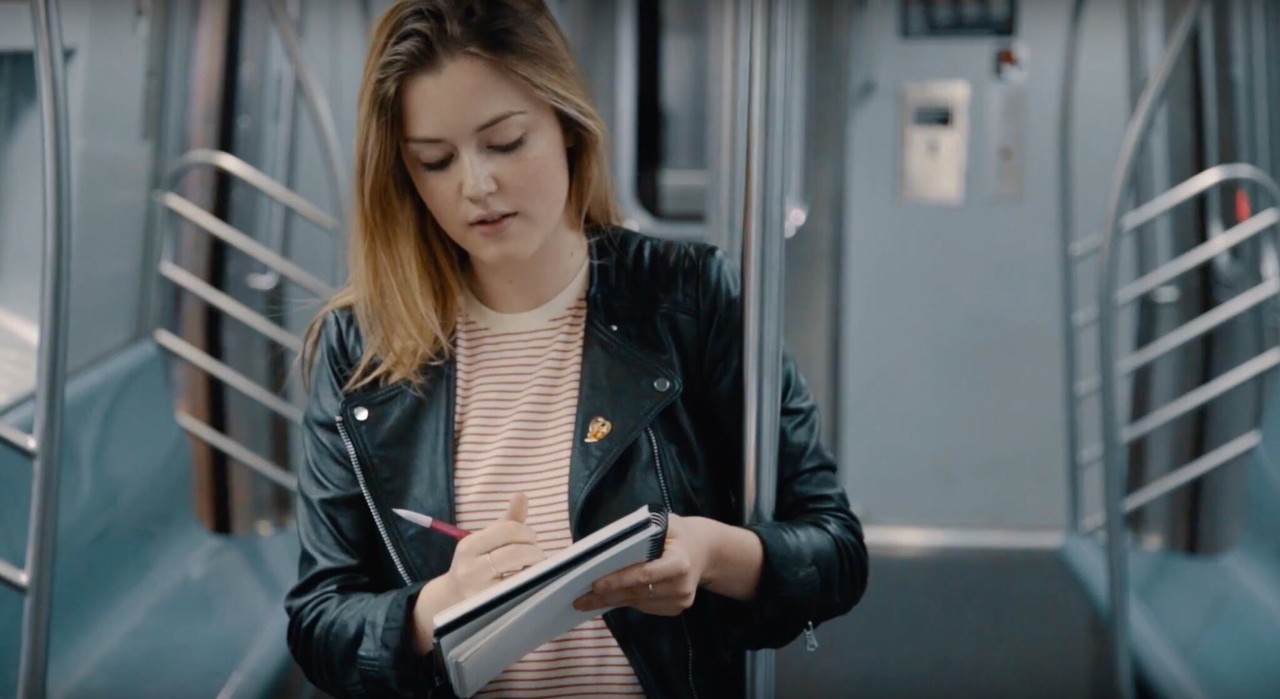 The poems were completed gradually over the span of two years, but the process of illustration took about three months. Giuliano was back-and-forth about her approach, originally considering watercolor before switching to pencil, then briefly to black-and-white. She remained undecided until taking her first vector art illustration class at the Academy. According to Giuliano, “Once I [learned] that, the whole book was illustrated in vector and Adobe Illustrator, and I never looked back.”

Giuliano’s time at the Academy helped her art “in every conceivable way. All the classes I took at the Academy, from technical courses to broader illustration topics, contributed to my growth as an artist.”

Giuliano’s illustrations closely matched the imagery used in Jakobson’s writing. For example, in one standout poem “affectionately” titled “November 22 2016” Giuliano’s drawing of “an intricate scene in the woods” stretches out across a double-page spread as “Haley describes the infancy of body shame, and the [reclamation of] our human nature as animals.” The piece’s artwork focuses on Jakobson’s “nature motifs.”

Other drawings represent specific objects significant to Jakobson’s experiences, like the book’s cover art: A minimalist, black-and-white sketch of a succulent sitting on the windowsill of Jakobson’s Brooklyn apartment. Jakobson bought the plant at the Columbus Circle Whole Foods “on the day she said goodbye to her relationship and to her grandmother.”

When she got home, she reached into her pocket and her hand “was met with spilled pebbles and dirt. Timely, I thought. I had killed my plant. I gingerly took her out of my pocket, scooped the dirt and pebbles back into her pot, and placed her on my windowsill.” The succulent serves as a symbol of her resilience in the face of love and life lost, how both were “unrooted” and have “re-grown roots.” In Jakobson’s words, “My plant still lives. She is very tall now.”

New School of Fashion Program to Focus on Footwear & Accessories