A dozen automotive designers raced to impress the judges with their concept vehicles at the Middlecott Sketchbattle Experiment, self-described as “Detroit’s first-ever Fight Club of Design.” After two rounds of burning lead on paper, the competition was deemed stiff but it was recent Academy of Art University School of Industrial Design (IND) alumnus Philip Tandio who broke away and came out on top.

As part of the Association for Unmanned Vehicle Systems International (AUVSI) and the Transportation Research Board (TRB) collaboration at the San Francisco Automated Vehicle Symposium, the Sketchbattle featured young designers from Concept Design Academy, Mast Design and Hughes Studios, among others. In terms of participant numbers, IND was represented well with Tandio as part of a small handful of IND students to participate in the draw-off.

Fellow IND graduate Arin Singh made it to the championship round alongside Tandio and while every competitor was out to win, he said it was a joy to see his classmate and friend take home the grand prize package of a championship belt, Brazen Sports watch and $1,000 cash. 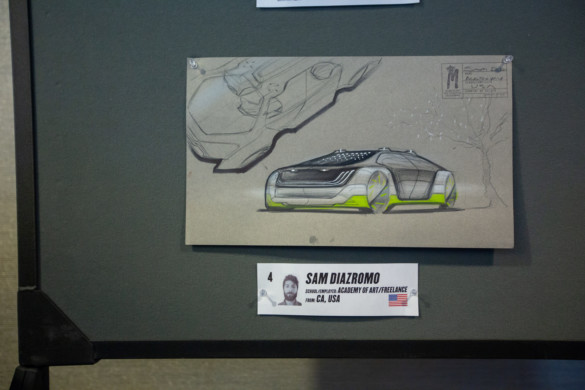 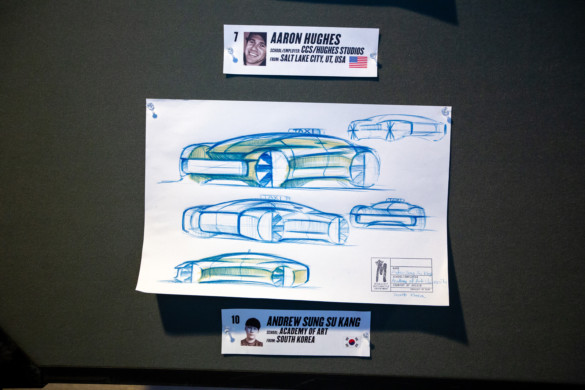 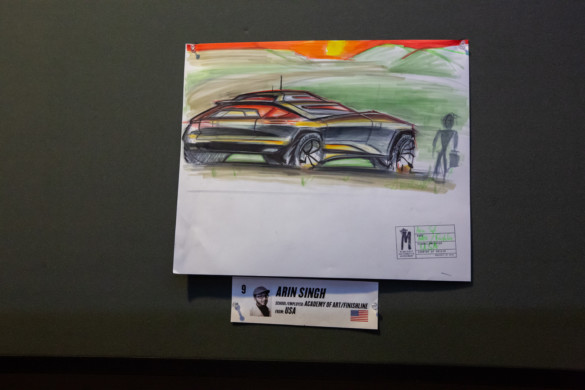 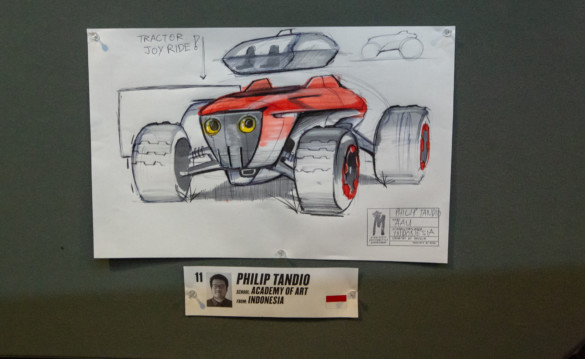 “It was pretty satisfying to see him win, as there’s a certain level of catharsis for seeing someone you’ve worked with in the school environment continue to see success and show their skills,” Singh said. “We all have funny nicknames we’ve given each other over the years in school and King Phil now has the belt to match!”

“Industrial design is a team sport in the sense that you’re working with multiple disciplines to meet a common objective,” explained IND Director Antonio Borja. “[Sketchbattle] is one of few opportunities to step out and showcase your own personal skills.”

Normally, automotive designers have some time to thoroughly think through concepts, but under a 30-minute time crunch, Tandio said he approached his concepts with common sense.

“[I’d consider] where would the person be sitting, is there even going to be a person sitting in it if it’s autonomous, or is it a driver-focused car?” he explained. “Right after that, we’d have to think about packaging, where motors or engines would go.”

From that point, he continued, is where aesthetic and ideation would start. The first round prompt asked designers to imagine a taxi in the year 2035, where Tandio figured everything would be autonomous so his concept was about maximizing occupant space.

Tandio (middle) took home a championship belt, watch and $1,000 for winning the first-ever San Francisco Sketchbattle. His IND peers and instructors, including IND Director Antonio Borja (fourth from right) supported him throughout the competition. Photo courtesy of Sketchbattle.

Creating an autonomous rural vehicle was the prompt for the 45-minute championship round. “I wanted to think outside of the box, so I didn’t want to do a truck or off-road vehicle. I decided to do a tractor because I thought farming would still be a common thing in the future,” Tandio shared.

When asked about his reaction to being named the winner, Tandio said he was surprised; entering the competition, he said he hadn’t done marker renderings in over four years and wasn’t even sure he had all the right markers he needed for the contest. He said he approached the contest solely with the intention to have fun and winning Sketchbattle surrounded by his friends and mentors was the real prize.

“[Phil] has strong foundations, and although he might not be using his fundamental skills [in a traditional sense] every day, it’s what your skills are built on,” Borja said. “I told him visualization is visualization whether digital or traditional; it’s about showing your ideas. If you have strong fundamentals, you’re not going to have any issues.”

The San Francisco Middlecott Sketchbattle Experiment is one of four cities hosting the contest. Held at the Detroit and Los Angeles Auto Show and then in the Las Vegas SEMA Show, each of the four champions from the preliminaries are sent to battle it out at the Sketchbaster Finals scheduled back in Detroit in January 2019.

Featured photo: Philip Tandio mid-drawing in his tractor concept for the final sketch round. Tandio’s autonomous tractor would go on to win the championship round. Photo courtesy of Sketchbattle.

A Mission to Engage

In Pursuit of Fresh Ideas