Telling the Story of Norman Mineta

COM instructor Dianne Fukami’s documentary, “An American Story: Norman Mineta and His Legacy,” was over 10 years in the making and included COM graduate Hailey Yang as editor

It took Dianne Fukami seven years to convince Norman Mineta to allow her to make a documentary on his life.

Her film, “An American Story: Norman Mineta and His Legacy,” unveils the journey and struggles that the Japanese-American former San Jose mayor, Congressman and cabinet secretary to two U.S. presidents had to endure throughout his career, which Fukami noted is especially striking to audiences today.

“When we started making the documentary, our world was a different place,” said the filmmaker, who is also of Japanese-American heritage and a School of Communications & Media Technologies (COM) instructor at Academy of Art University. “The political climate has changed in this country and some of the themes we were always going to work on started to resonate deeply with people.” 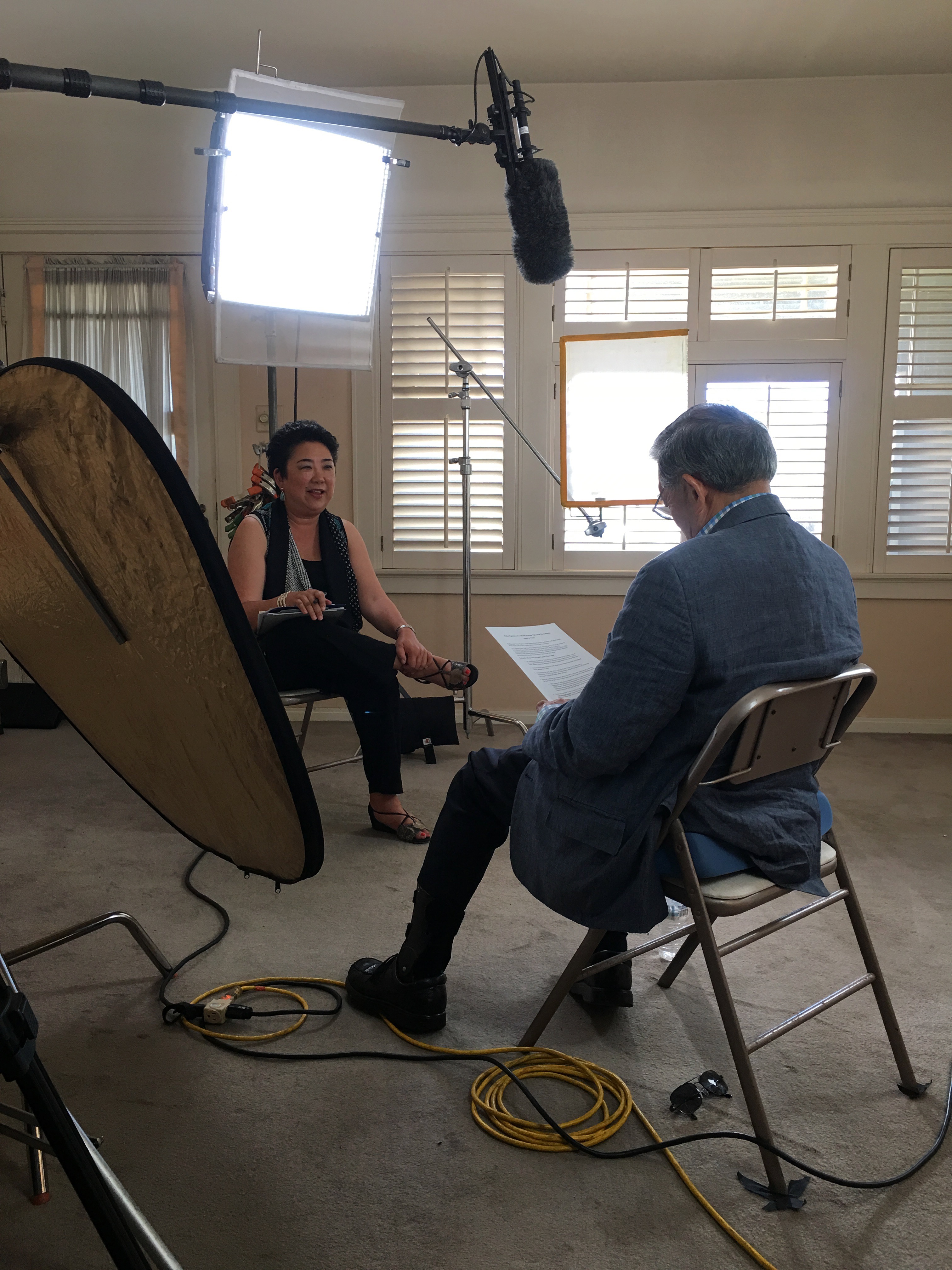 The documentary was created under Fukami’s Bridge Media production house and took an additional four years—on top of the seven years of persuading Mineta—to complete. The film debuted at San Francisco’s Castro Theatre in May in conjunction with the Center for Asian American Media Film Festival, known as CAAMFest, where it received a standing ovation from the audience.

“We were able to show the audience the contributions he made and they were so appreciative and fond and gratified which [I believe] caused the ovation,” said Fukami. “As a filmmaker, that was a wonderful thing to witness.”

Mineta was born in 1931 in San Jose, California, a son to Japanese immigrants. During World War II, he and his family were forcibly removed from their San Jose home to the internment camps at the Santa Anita Racetrack before being placed in the Heart Mountain Relocation Center in Wyoming in 1942.

Despite the intolerance Mineta and his family faced, he would later on serve in the U.S. Army for three years and then become the first Asian-American to become mayor of a major U.S. City, a member of Congress from the mainland and a member of two presidential cabinets, a Democrat and Republican. His political career spans over two decades.

Mineta was serving as the U.S. Secretary of Transportation under President George W. Bush during the September 11, 2001 attacks. According to an interview with Bush in the documentary, the 43rd president revealed that Mineta’s presence in the administration ensured internment camps or incarceration of groups based on ethnicity or religion would never happen again.

“He was a victim of prejudice and discrimination in this country but there’s so much patriotism that’s linked to him,” Fukami said. “He stands for a lot of things that matter and are important to people today: Integrity, honor.”

Under her Bridge Media company, Fukami has taken on the task of telling the Asian-American stories long overlooked or untold. She and COM Director Jan Yanehiro worked together on her 2014 documentary, “Tanforan: Race Track to Assembly Center,” about the internment camps held in race horse facilities in San Bruno, on the San Francisco Peninsula.

“If we don’t tell it, who will? I think we’re the best people to tell this story of Asian-American leaders, Asian-American stories that haven’t been told that must be told,” Yanehiro said. “Dianne is setting that example and the bar is really high now.”

The editor for “An American Story” was Hailey Yang, a 2011 M.A. COM graduate. She and Fukami worked together going through over a dozen hours of interviews and archival footage when assembling the film. Yang, who is of South Korean descent, worked previously with Fukami on Link TV, so she “knew Dianne’s style.”

“She had a very perspective idea on how to tell the story,” Yang explained. “She was very focused on documentary style, so she didn’t want a lot of graphics or music to distract, she wanted the story to tell itself so the audience could feel the sincerity of the [featured] voices in Norm’s life.”

“An American Story: Norman Mineta and His Legacy” is a film 10-plus years in the making and outside of the morals that can be drawn from Mineta’s story, Fukami and Yanehiro hope their students take away a sense of how to be tenacious in their storytelling.

“You have to really have a passion for what you’re doing and you have to believe it’s the right thing to do and stick to it,” Fukami said.

“If you see a story that nobody else is willing to tell and everyone is saying it won’t be a commercial success or no one would want it or nobody would watch it but you believe that it needs to be told, then you stay after it and you tell it,” Yanehiro added. “And I think that’s what Dianne is telling.”

Featured photo: Dianne Fukami on the red carpet for Opening Night of CAAMFest36 on May 20, 2018 at the Castro Theatre in San Francisco for “An American Story: Norman Mineta and His Legacy.” (L–R) Debra Nakatomi (Co-Producer), Deni Mineta, Secretary Norman Mineta, Dianne Fukami (Director and Co-Producer). Photo courtesy of Nakatomi & Associates.

An Evening of Animation Insight

The Rewards of Fierce Determination